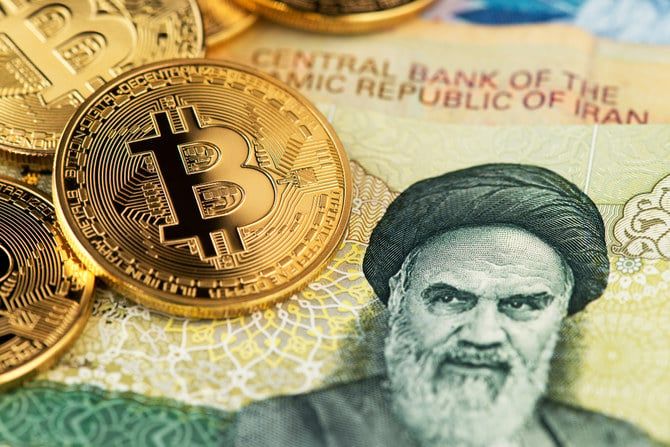 Iran cashing in on cryptocurrencies to avoid US sanctions

Until the spectacular collapse last week of the digital-asset exchange FTX, what was making headlines was Iran’s use of cryptocurrencies to overcome the disadvantages of being cut off from the global financial system.

Earlier this month, Reuters news agency reported that the leading crypto exchange Binance had processed $7.8 billion worth of Iranian crypto transactions since 2018 despite extensive US financial sanctions against Tehran.

The report, citing a review of data from leading US blockchain researcher Chainalysis, said almost all the funds passed between Binance and Iran’s largest crypto exchange, Nobitex, which offers guidance on its website on how to skirt sanctions.

The Reuters report said that in addition to the Tron token, the Iranian transactions were in such well-known cryptocurrencies as Bitcoin, Ether, Tether and XRP, and a smaller token, Litecoin.

The revelations came as no surprise to Ali Plucinski, a cybersecurity analyst for the risk intelligence company RANE. “Iran has increasingly utilized cryptocurrencies, and crypto mining, in recent years to evade US-imposed sanctions on its economy and to bolster domestic revenue with some success,” she told Arab News.

“Iran possesses significant natural resources, especially natural energy resources, and in response to strong US sanctions on its oil and gas sector, Iran has instead diverted some of these resources to the production of electricity to fuel crypto-mining and the accrual of cryptocurrencies.”

Mining crypto requires powerful computers capable of solving complex numerical puzzles. The miner is rewarded with a certain amount of crypto for solving puzzles. Bitcoin mining uses a notoriously large amount of electricity. Illegal crypto-mining caused 10 percent of electricity outages in Iran in the winter of 2021 and 20 percent in the summer of the same year, according to Iran’s state electricity company.

“After four decades of assorted sanctions, the Iranian government has perfected a variety of techniques for evading sanctions, and crypto is certainly one of its tools,” Barbara Slavin, the director of the Future of Iran Initiative and a non-resident senior fellow at the Atlantic Council, told Arab News.

“I would bet that the Islamic Revolutionary Guard Corps is behind these ‘illegal’ mining efforts,” she said. “I think this is more a regime phenomenon than something used by ordinary people who tend to stockpile dollars or consumer goods as a hedge against inflation.”

Plucinski pointed out that it is illegal “to buy, sell or invest in cryptocurrency in Iran, and crypto payments within the country are similarly illegal.”

“Citizens can engage in crypto-mining practices that the Iranian government permits,” she said. “Crypto-mining for personal gain is prohibited and Iranian police have regularly engaged in crackdowns on illicit mining operations throughout the country.” 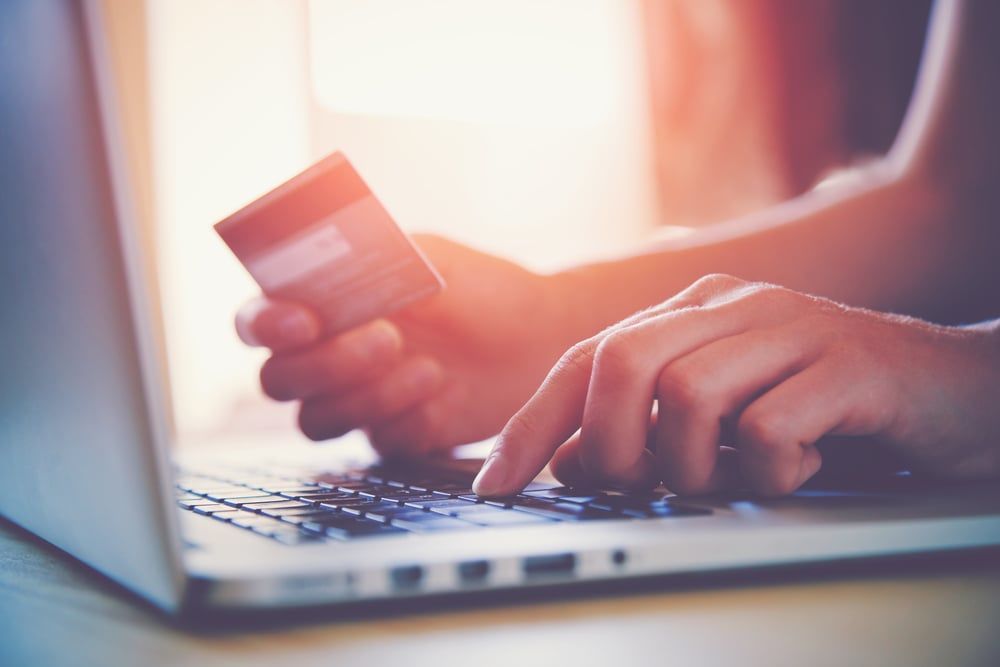 Iranians can use cryptocurrencies to circumvent restrictions on online shopping, according to one expert
The Iranian regime officially recognized crypto-mining in 2019. Miners were required to identify and register themselves, pay an electricity tariff, and sell their mined bitcoin to Iran's central bank.

“Iran’s shift to cryptocurrencies has proven to be quite effective for the regime in evading US sanctions, evidenced by the recent article of Reuters,” Plucinski said.

Furthermore, mining has proven profitable for Iran. In its 2022 cybercrime report, Chainalysis estimates that Iranians mined $186 million worth of Bitcoin between 2015-21, most of it in the past year.

An estimated 4.5 percent of all worldwide Bitcoin mining has taken place in Iran, according to a 2021 report by the blockchain analytics firm Elliptic. That report also valued Iran’s annual Bitcoin mining revenue at approximately $1 billion at the country’s level of mining at the time.

“As these reports indicate, Iran has had significant success in finding alternate ways to bolster its economy through cryptocurrency production in spite of strong international sanctions,” Plucinski said.

“The Iranian government approved the use of crypto funds to pay for imports in August 2022, thereby enabling the regime to circumvent extensive US sanctions imposed on Iran’s finance and banking sector.”

That month, Iran placed its first international order using $10 million worth of cryptocurrency. However, the government official who disclosed that order did not specify which cryptocurrency Iran used to pay for the goods. 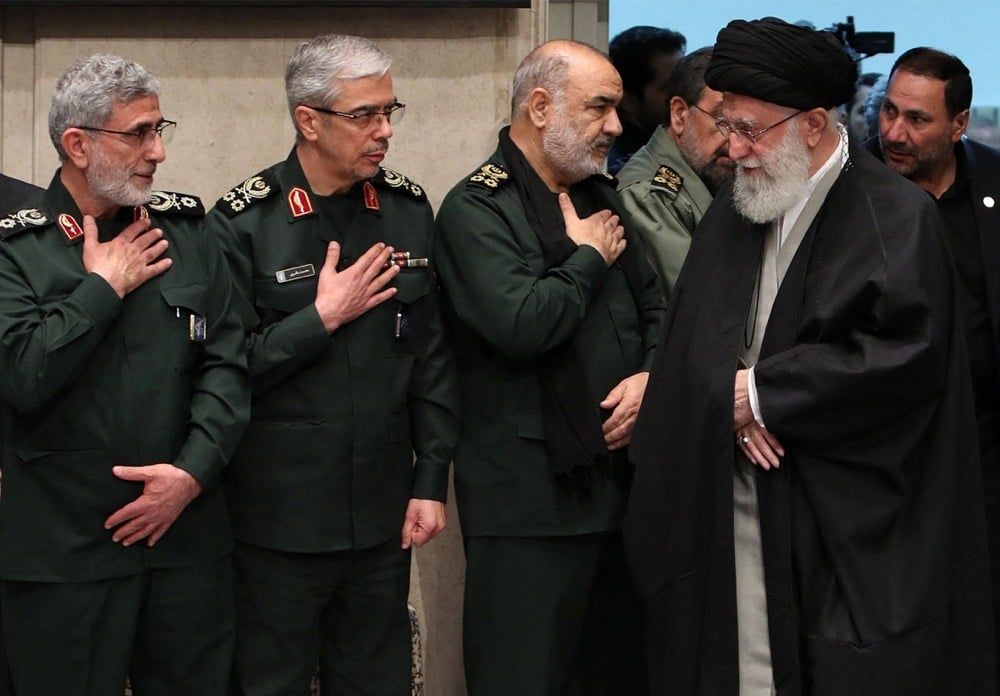 “The Iranian government has announced its intention to bolster foreign trade with specific countries through the use of cryptocurrencies and smart contracts,” Plucinski said.

Nevertheless, significant constraints Tehran faces include the large amounts of electricity required for mining and the notoriously volatile valuation of cryptocurrencies, which can make digital currency unreliable.

“Overall, however, cryptocurrency generation will continue to be a favorable alternative for Iran to capitalize on its significant natural resources to boost government assets and to enable foreign trade while circumventing Western sanctions,” Plucinski said.

According to Arash Azizi, author of “The Shadow Commander: Soleimani, the US, and Iran's Global Ambitions” and a Ph.D. candidate in history at New York University, cryptocurrencies are used in various ways in Iran “not just by the state and many parastatal bodies but by private citizens and companies” since they are “a useful way for evading sanctions for all sides.”

“For instance, Iranian citizens with addresses in Iran are barred from many forms of financial transactions (something as simple as buying a product on many online shops), and crypto allows them to circumvent that ban,” Azizi told Arab News. “It is also a good investment opportunity given the fragility of the rial and dearth of many traditional investment opportunities.”

He added: “Seeing an obvious benefit in the possible use of cryptocurrencies, the Iranian regime has invested resources and has tried to study its feasibility. But it has yet to become a main, or even a primary, mode of transfer.” 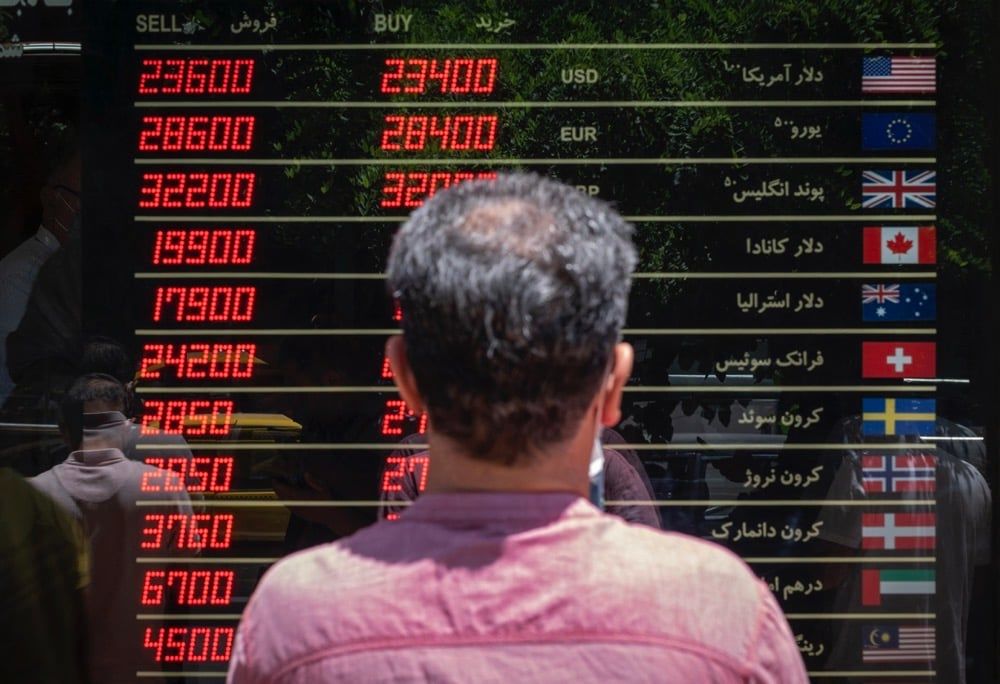 An Iranian man looks looks at currency exchange rates outside a shop in downtown Tehran on June 15, 2021. Iran holds a presidential election on June 18, with ultraconservative Ebrahim Raisi, who heads the judiciary, most likely to win from the seven candidates.

However, it has encountered problems in doing so. “The regime has found out, for instance, that the trade in cryptocurrencies is not as lawless as some have imagined, and there are significant hurdles,” Azizi said.

“Iran doesn’t only face nuclear-related sanctions but is on the black list of FATF (Financial Action Task Force), and there is thus a lot of sensitivity around any activity that can be traced back to the country.

"As a result, it appears that ‘cash in the suitcase’ and similar methods are still the primary mode of moving money around for the regime when it comes to funding regional militias.”

Furthermore, he said, “as the relationship with Russia deepens, given the country’s well-known talents in the technology field, the regime will attempt to use more sophisticated means of illicit financial transfer.”

For her part, Plucinski outlined how cryptocurrencies can be much more difficult to track than traditional fiat currencies “due to their anonymized nature, which complicates international law enforcement efforts to detect and track illicit transactions.”

“Decentralized platforms (De-Fi) such as mixers can further obfuscate the origin of cryptocurrencies and have been heavily utilized by cybercriminals and authoritarian regimes such as North Korea, Russia, and Iran to launder stolen funds,” she told Arab News.

As a result, the US government has moved to enforce tighter controls on mixers — services that blend the cryptocurrencies of several users to obscure their origins and owners. 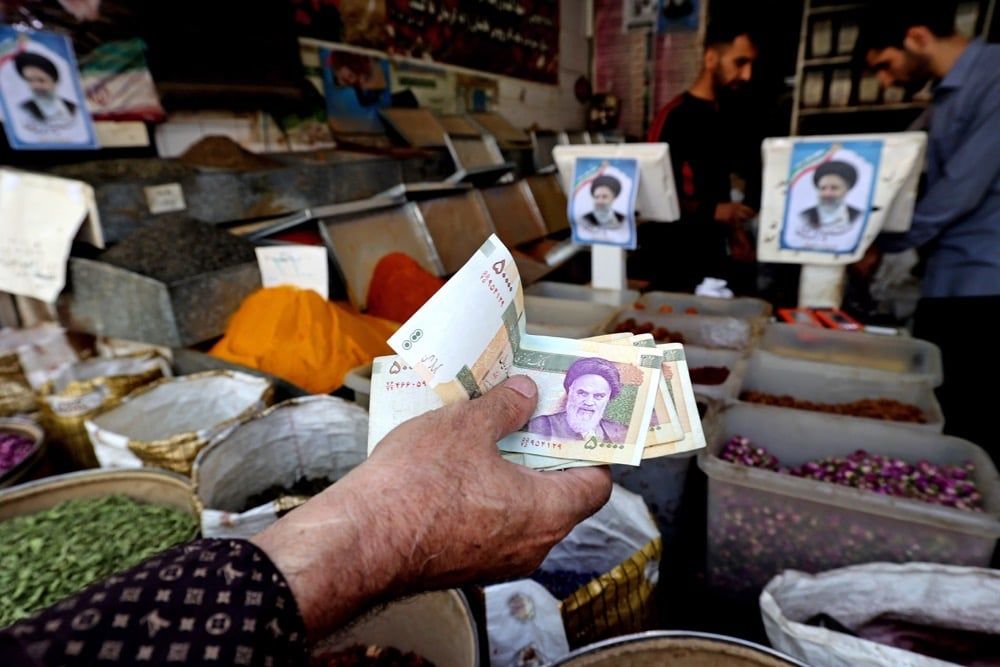 Iranians shop at the Molavi bazaar in southern Tehran on June 20, 2021.

“The US Department of the Treasury has taken several major steps against mixer platforms this year, sanctioning two high-profile cryptocurrency mixer platforms under allegations that the platforms were used to enable cybercriminals and adversarial governments to launder stolen crypto funds,” Plucinski said.

“In May, the Treasury Department sanctioned one platform, Blender.io, and in August, it sanctioned Tornado Cash.”

In sum, she said, “while these efforts may help ameliorate the abuse of some De-Fi platforms, it will likely have little impact on Iran’s use of cryptocurrency to engage in foreign trade to evade US sanctions.”