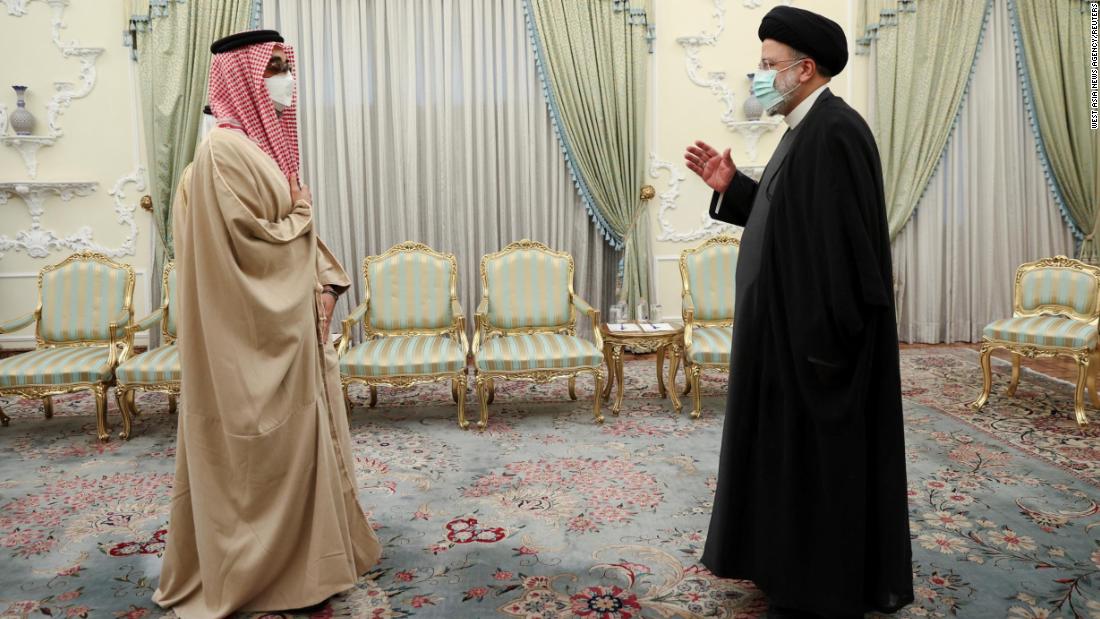 A lot has happened since Gulf Arab states downgraded ties with Iran in January 2016 when an angry mob stormed the Saudi embassy in Tehran and set fire to it following the Saudi execution of a prominent Shiite cleric.

Iran's nuclear agreement with world powers came into effect that month, but the Trump administration withdrew from it just two years later, leading to a wave of tit-for-tat attacks that affected oil and shipping in the Persian Gulf.

Those tensions culminated in a 2019 assault on Saudi oil facilities that knocked off half of the kingdom's crude production and threatened the very core of Gulf states' economies. It was part of a proxy conflict between the US and Iran, with the Arab states caught in the line of fire.

As tensions grew, Gulf states found the US standing on the sidelines, either unwilling or unable to come to their rescue, with their own lines of communication with Iran all but severed.

But much has changed since then. The United Arab Emirates is set to restore top level diplomatic relations, saying on Sunday that its ambassador, Saif Mohammed Al Zaabi, would return to Tehran "in [the] coming days." Kuwait returned its ambassador last week and Saudi Arabia, whose lead the Gulf states followed in downgrading ties with Iran six years ago, is holding direct talks with the Islamic Republic.

"It's obvious there is a regional direction that is in tandem with Saudi movement," Mohammed Baharoon, director general of the Dubai Public Policy Research Centre, told CNN.

The decision to return the ambassador "comes within the UAE's regional orientation towards restoring bridges, strengthening relations, maximizing on what we share and building on it to create an atmosphere of trust, understanding and cooperation," tweeted Anwar Gargash, adviser to the UAE president.

Dina Esfandiary, a Middle East adviser at the International Crisis Group think tank, said Gulf Arab states have developed a "pragmatic policy" on Iran that involves both containment and engagement "because they realized just one would not work on its own."

She told CNN that, when the US didn't follow through on defending its Arab partners following the Aramco attacks "it became imperative [for the UAE] to secure itself without relying on others -- the US in particular -- and engaging with Iran is a part of that."

Ties between Abu Dhabi and Tehran have been progressively improving since then. The UAE is now the top exporter to Iran with bilateral trade rising to $21.4 billion in four months from March this year, from just $7 billion for all of 2019, according to Reuters.

"Financially and commercially, the UAE benefits the most from lessening regional tensions," Abdulkhaleq Abdulla, a political science professor in the UAE, told CNN. "Even during the worst of political tensions between the two countries, trade was uninterrupted. It went down, but never stopped."

The rapprochement comes amid uncertainty about the progress of indirect talks between the US and Iran to restore the nuclear agreement. If there is a new agreement, it may reduce the likelihood of a nuclear arms race in the already-tense region. But Gulf states fear that lifting the sanctions on Iran will unlock billions of dollars that can be used by Tehran to further arm itself and expand its influence in Arab countries through proxies.

If the talks fail, observers say regional tensions could escalate as they did when then-US President Donald Trump withdrew from the agreement, potentially dragging the region to war. For Gulf states, both scenarios are a cause for concern.

"For the Gulf Arabs, a return to the nuclear deal or no return is more or less the same: They anticipate that Iran will lash out in the region no matter the outcome," said Esfandiary. "So, while they continue to watch this carefully, the efforts to improve their ties are more closely linked to their security and threat perceptions than the nuclear deal itself."

Abdulla said Iran remains a serious threat to Gulf security "with or without" a nuclear agreement. "So, one way to deal with Iran is to continue the conversation and find common ground for good neighborly relations."

Saudi Arabia and Bahrain are the only Gulf Arab countries with no ambassador in Tehran.

Iran said on Monday that talks with Saudi Arabia were a separate matter from talks to revive the nuclear pact, adding that cooperation between Tehran and Riyadh could help restore calm and security in the Middle East.

The resumption of diplomatic ties is "not a silver bullet," Baharoon said. "It is an important step, nonetheless. Diplomatic ties are lines of communication that help directly in reducing tension and dealing with it. [We] can't have cooperation if we are not talking to each other."

A senior US administration official told CNN on Friday that Iran had dropped a key "red line" demand that had been a major sticking point in efforts to revive the 2015 nuclear deal. The Iranians also dropped demands related to delisting several companies tied to the country's Islamic Revolutionary Guard Corps (IRGC), the official said. Iran on Monday said the US had "not yet responded to the proposals of the European side" and accused the US of "procrastinating" in talks.

*  Background: US President Joe Biden has insisted for months that he would not lift the IRGC terrorist designation in order to revive the nuclear deal. The policy is one of several foreign policy decisions made by Trump that Biden has maintained. Trump designated the IRGC as a terrorist organization in 2019 as part of a "maximum pressure campaign" imposed after he withdrew the US from the deal in 2018.

*  Why it matters: In its response last week to a draft nuclear deal agreement proposed by the European Union -- which the EU has described as a "final" draft -- Iran did not demand that the IRGC be removed from the US list of terrorist organizations, the official said. "The current version of the text, and what they are demanding, drops it," the official said. "So if we are closer to a deal, that's why."