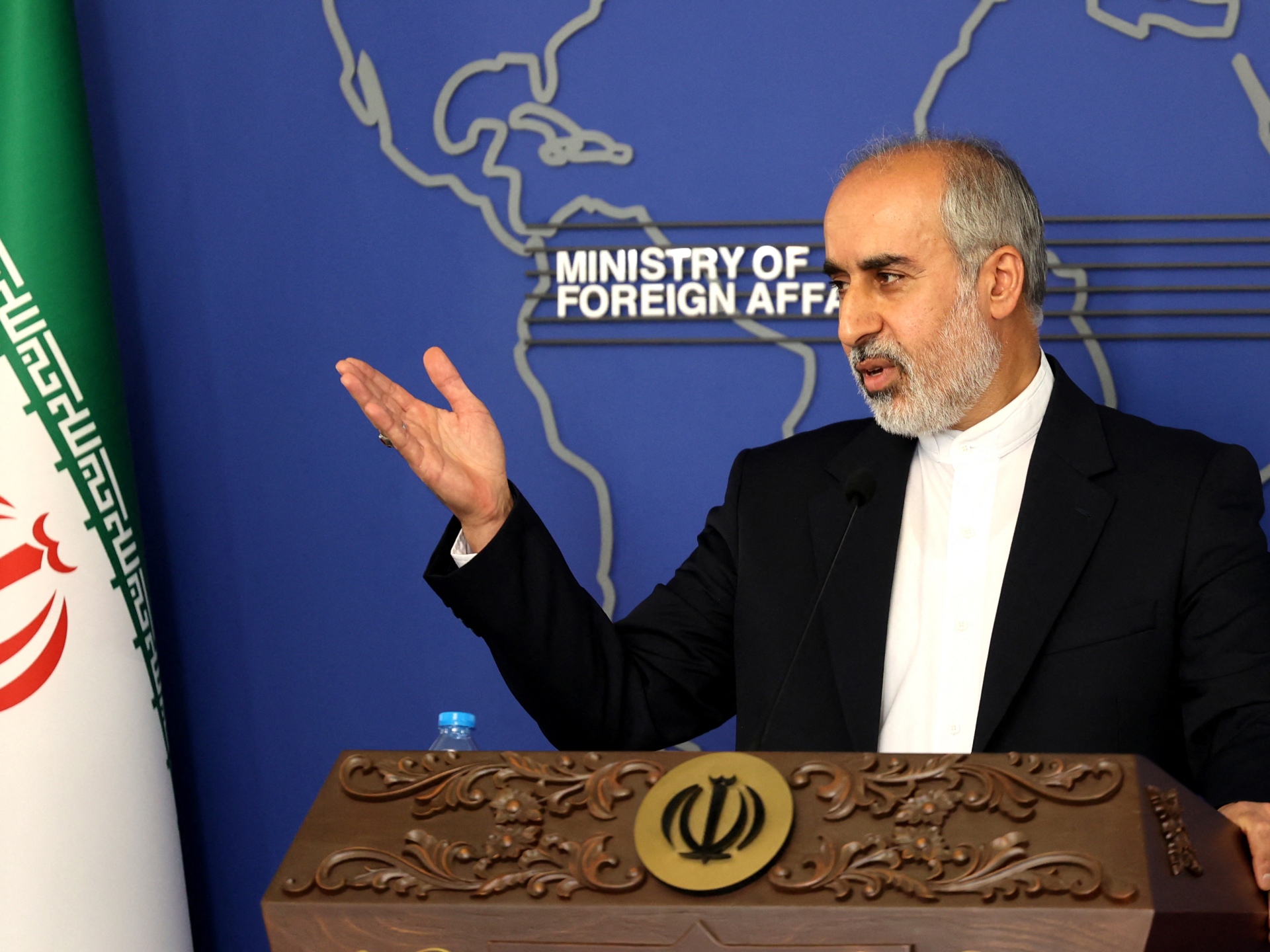 Iran says only Salman Rushdie and supporters to blame for attack

Tehran also vehemently denied having any knowledge of or link to the stabbing of the novelist.

Iran has said Salman Rushdie and his supporters are to blame as it sought to distance itself from the attack last week in New York that severely wounded the writer.

“We consider no one except [Rushdie] and his supporters deserving of blame or even condemnation” for the attack, Iranian foreign ministry spokesman Nasser Kanani told reporters during a news conference on Monday.

Kanani added that Rushdie “exposed himself to public indignation” through insulting holy Islamic values and “crossing the red lines of 1.5 billion Muslims”.

“No one has a right to blame the Islamic Republic of Iran” for the attack, he said, vehemently denying reports that Tehran has had any links with the attacker, 24-year-old Hadi Matar, who pleaded not guilty in court a day after the assault.

The spokesman also accused the West, especially the United States, of exercising “double standards” when supporting freedom of expression, and said Rushdie’s undermining of Islamic values cannot be supported from religious, moral, human, or legal standpoints.

The 75-year-old Rushdie was attacked while preparing to give a lecture. His agent Andrew Wylie said the author sustained “severe” injuries but has been taken off the ventilator and has the ability to speak.

Rushdie had faced death threats for more than 30 years because of his 1988 book The Satanic Verses, which many Muslims regard as blasphemous. In addition to Iran, the book was banned in many other countries, including India and Pakistan.

In 1989, Iran’s then-supreme leader, Ayatollah Ruhollah Khomeini, issued a religious edict calling for Rushdie’s death. His successor, Ayatollah Ali Khamenei, had said as recently as 2019 that the fatwa was in effect.

Asked on Monday about the Iranian comments that Rushdie and his followers were to blame for the attack, Ned Price, the US State Department spokesman, said it was “despicable, it’s disgusting”.

“It’s no secret that the Iranian regime has been central to the threats on his life,” said Price.

The British government called it “ludicrous” to suggest that Rushdie might bear any responsibility for the attack on himself.

“Clearly it’s ludicrous to suggest that Salman Rushdie was in any way responsible for this abhorrent attack on him,” an official spokesman said. “This was not just an attack on him, it was an attack on the right to free speech and expression, and the UK government stands both by him and his family. But equally we will stand in defence of free speech around the world.”

Iranian media and newspapers have hailed the attack and praised the assailant in recent days, with ultraconservative Keyhan – whose chief is appointed by Khamenei – writing, “Bravo to this courageous and duty-conscious man who attacked the apostate and depraved” Rushdie.
Meanwhile, state-run news website IRNA said at least one other person had tried to kill Rushdie following Khomeini’s religious ruling.

IRNA said Mustafa Mahmoud Mazeh, who died after a bomb he was priming for Rushdie prematurely exploded in London in 1989, was “the first martyr” on the path of killing Rushdie. The outlet also published an image of a shrine dedicated to Mazeh in Tehran.