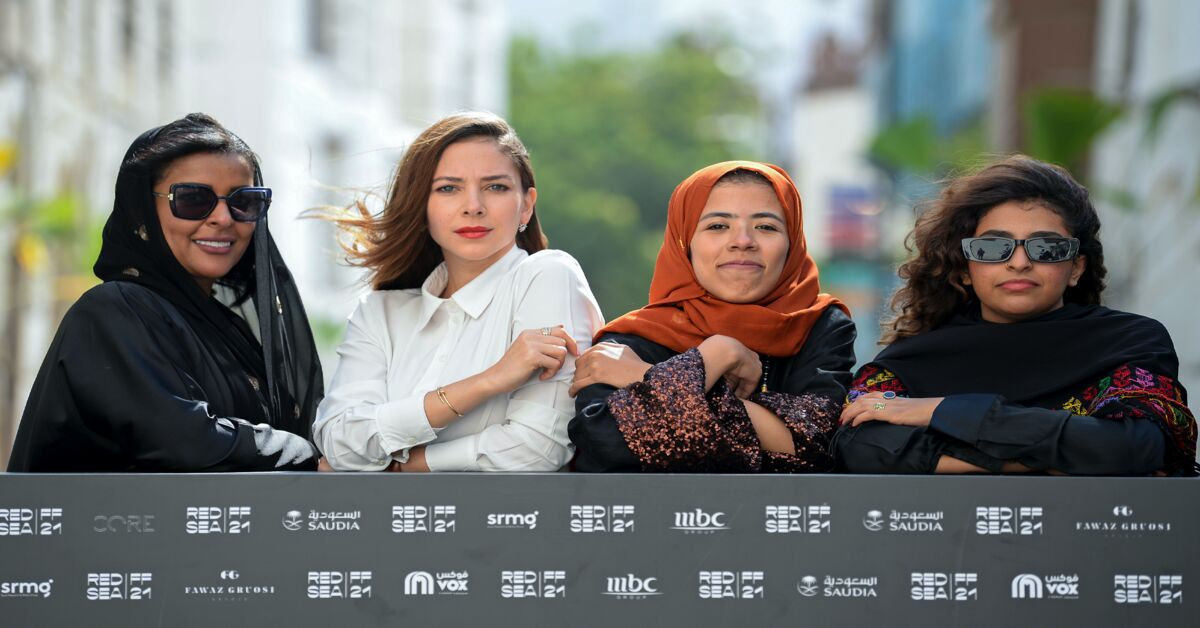 Saudis, Arabs, world stars and celebrities walked the red carpet in the conservative kingdom in a scene that no one could have imagined a few years ago.
The first film festival to take place in Saudi Arabia began in the Red Sea city of Jeddah on Dec. 6, almost four years after the ban on cinemas was lifted in efforts to modernize the kingdom.

The red carpet was rolled out to Arabs, Saudis, world stars, filmmakers, directors and producers in a scene that was not imaginable in the conservative kingdom where women wore only traditional black abayas in public up until a few years ago.

A series of reforms have been put in place since Mohammed bin Salman was appointed crown prince in 2017. Women are now allowed to drive. Mixed-gender concerts are allowed, and other steps are being taken to liberalize the country as it looks to diversify its economy and attract foreign investments.

The Red Sea International Film Festival (RSIFF), which started a day after Jeddah hosted its first Formula One Grand Prix, will last until Dec. 15 and screen 135 feature and short films from all over the world in a step taken by Saudi authorities to promote the kingdom's new image.

The festival honored at the opening ceremony an icon of French cinema, Catherine Deneuve; Egyptian actress Laila Elwi; and Saudi director and producer Haifaa Al-Mansour, who in 2012 made “Wadjda,” the first feature film to be shot entirely in Saudi Arabia.

Mansour, who won a number of international awards for her feature debut, expressed her happiness with the honor: “Cinema is the voice that I needed as a woman who was born and raised in Saudi Arabia during a time when women actresses and actors were out of the light; now we are in the spot[light], participating in writing a new page of the region's civilization, and we are witness to the change.”

Festival director Muhammad al-Turki described the event as a "historic day in the kingdom."

The honors come as the RSIFF celebrates the role of women in the film industry — movies directed by women constituted 38% of the festival's total screenings.

The kingdom, the birthplace of Islam, had cinemas about a half-century ago when they were first brought to the country by Westerners working for California State Oil Company (later named ARAMCO).

Saudi cinemas screened Egyptian, Indian and Turkish movies in the '70s. They were not considered un-Islamic, though they were seen as contrary to cultural norms. But the cinemas were shut down in the early '80s as the influence of hard-line Islamic clerics grew stronger.

Saudi actor Mohamed Salama said the festival is like a “dream” for all Saudi filmmakers, writers and others involved in the industry.

"We never imagined the day would come where a big event like this would be held in our country and bring international filmmakers and world movies to be screened in Saudi Arabia," he told Al-Monitor.

Salama added, "We are all proud of this move, which will help the film industry not only in Saudi Arabia, but also in Arab countries and in cooperation with other countries in the world."

In addition to screening films, the event also aims to support filmmakers, develop skills and encourage creativity through year-round programs.

Salama said the RSIFF established a program that will support and fund film production, which is a big step toward helping the industry whether in Saudi Arabia or other countries.

“Now Saudi actors and filmmakers have no excuses not to work and produce new movies. Previously, many ideas couldn’t come to light because of the lack of funding," he said.

Saudi television and radio presenter Bassam Abdullah told Al-Monitor the event is a great opportunity for all filmmakers, creative types and production companies to be in one place to produce new movies and series after the festival.

He expects Saudi Arabia's cinema production to be completely different after the event, whether in quality or quantity.

Saudi director Ahmed Al-Mulla, who has produced the annual Saudi Film Festival in the eastern city of Dammam since 2008, said that before the reopening of cinemas in 2018, the industry was underground and relied on individual efforts because of the lack of capabilities or financing, according to Agence France-Presse.

“There were no capabilities to film or get financing. It all depended on individual efforts,” he told AFP.

Mulla added, "Cinema is the soft power that can pave the way for the success of the social and economic changes that are underway in the kingdom."

But he believes cinema needs a high standard of freedom of expression, featuring women and the freedom of addressing different topics — something that might be challenging for the time being.
Add Comment