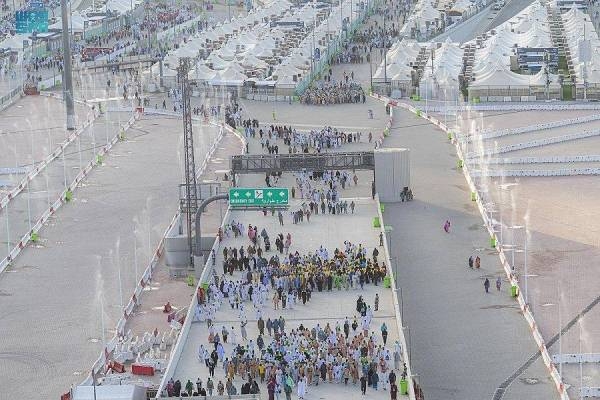 Custodian of the Two Holy Mosques King Salman and Crown Prince Mohammed Bin Salman thanked all those who participated in making this year’s Hajj season a big success. They said this in reply cables of thanks sent to Minister of Interior and Chairman of the Supreme Hajj Committee Prince Abdulaziz Bin Saud Bin Naif.
Earlier, Prince Abdulaziz sent cables of congratulations to the King and the Crown Prince on the occasion of Eid Al-Adha and the success of the Hajj season.

In the cable, King Salman noted the cables of congratulations sent by minister of interior, emirs of various provinces, and all those who participated in the Hajj operation on the occasion of Eid Al-Adha and the success of the Hajj season.

The King offered his thanks to the agencies that participated in the Hajj season in implementing the security and service plans, as well as the health protocols to overcome the effects of the coronavirus pandemic.

In his reply cable, Crown Prince Mohammed Bin Salman conveyed his thanks to minister of interior and the agencies that participated in the Hajj operation. He praised the success achieved due to the great efforts exerted by everyone in providing services to the pilgrims, under the supervision and follow-up of King Salman.
#Coronavirus
Add Comment