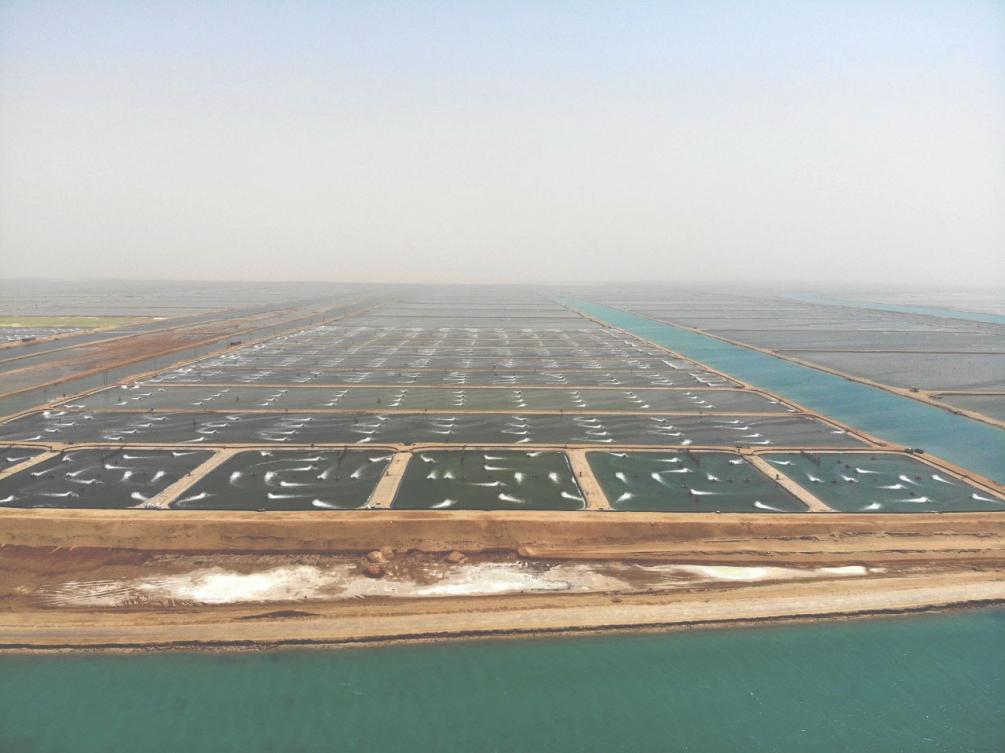 State-owned NEOM and The Red Sea Development Co. are spearheading the Saudi government’s efforts to boost the yields of the aquaculture sector fivefold by 2030 in coordination with other key private players.

The sector is expected to get a boost in the short-to-medium term through various projects to increase production to 600,000 tons per year, the deputy minister for agriculture told Arab News.

In addition to NEOM and The Red Sea Development Co., the projects will be implemented with the assistance from Naqua, Jazadco, Saudi Fisheries Co., said Ahmed Aleyada.

Currently, the sector’s production is 100,000 tons per year.

Responding to an Arab News query, TRSDC said it’s working with Blue Planet Ecosystems to start seafood production early next year. “Our focus will be on trying to farm local species to help regenerate the ecosystem as well as provide seafood native to the Red Sea for our guests to eat.

“All of our aquaculture plans are focused on regeneration and local species and using sustainable methods like mangrove aquaculture and recirculating systems.”

It further said: “Our near-term goal is to focus on quality rather than quantity and local/native Saudi fish rather than typically farmed fish like Atlantic sea bream and sea bass.

“Our technologies and techniques may eventually lead to large-scale production in the long run.”

The Kingdom aims to boost shrimp and fish output by helping private companies to develop aquaculture on the Red Sea coast.

The expansion projects will be carried out by the Kingdom’s largest market player, the National Aquaculture Group, also known as Naqua, a private firm Tabuk Fish as well as by several other Saudi or foreign companies. It would be pertinent to mention here that Tabuk Fish signed a deal with NEOM in April 2021 to establish the largest fish farm in the Middle East and North Africa, according to NEOM.

Naqua currently produces shrimp, Barramundi fish, and sea cucumber, etc., according to the company website. It aims to push the production volume up to 250,000 tons in the long term and to achieve the goal it is considering a sizable investment to boost the output in the short term. The company’s share in the local market was 86 percent in 2018, however, it might have narrowed by now due to rising competition in the sector.

Given that Naqua’s output accounted for 80 percent of the GCC’s total production of aquaculture products in 2018 and the Tabuk Fish project is said to become the largest in the MENA region, one can assume Tabuk project alone should contribute no less than 100,000 tons to the overall Saudi aquaculture production going forward. The rest of the growth should come from Naqua’s expansion and other Saudi or foreign companies.

The increased activity in the sector is a result of Saudi Arabia’s National Fisheries Development Program launched in 2015. The program aims at expanding the Kingdom’s aquaculture output to 600,000 tons per year by 2030. It also targets the creation of about 200,000 direct and indirect jobs in the fisheries sector over the same period.

In this regard, the Saudi government has been striving to create the necessary infrastructure to ensure biosafety and high quality of seafood produced in the Kingdom. These efforts are reflected by the Saudi Aquaculture Society’s program that was carried out in 2016-2019, which aimed at implementing prevention methods against the spread of diseases and pathogens at all stages in the supply chain process in the sector right until the provision of the product to the customer.

The program will also be essential if the Kingdom were to continue exporting aquaculture products to different regions worldwide, including Europe, the US, and China which will be the country’s key overseas markets.

During its implementation, the biosecurity program led by the society drew samples of over 145,000 creatures in a process that took more than 3,255 working days in-field. Some 10,345 tests were conducted as well. The program has been of crucial importance, especially when considering the 2010 outbreak of the viral white spot disease in the country’s most cultured species, marine shrimp.

Aquaculture is currently the world’s fastest-growing food sector which accounts for over 50 percent of the total global seafood supply. Seafood consumption in the Kingdom is projected to grow 7.4 percent annually, according to NEOM. “Saudi Arabia enjoys the most favorable climate conditions for a successful aquaculture operation,” Aleyada told Arab News.