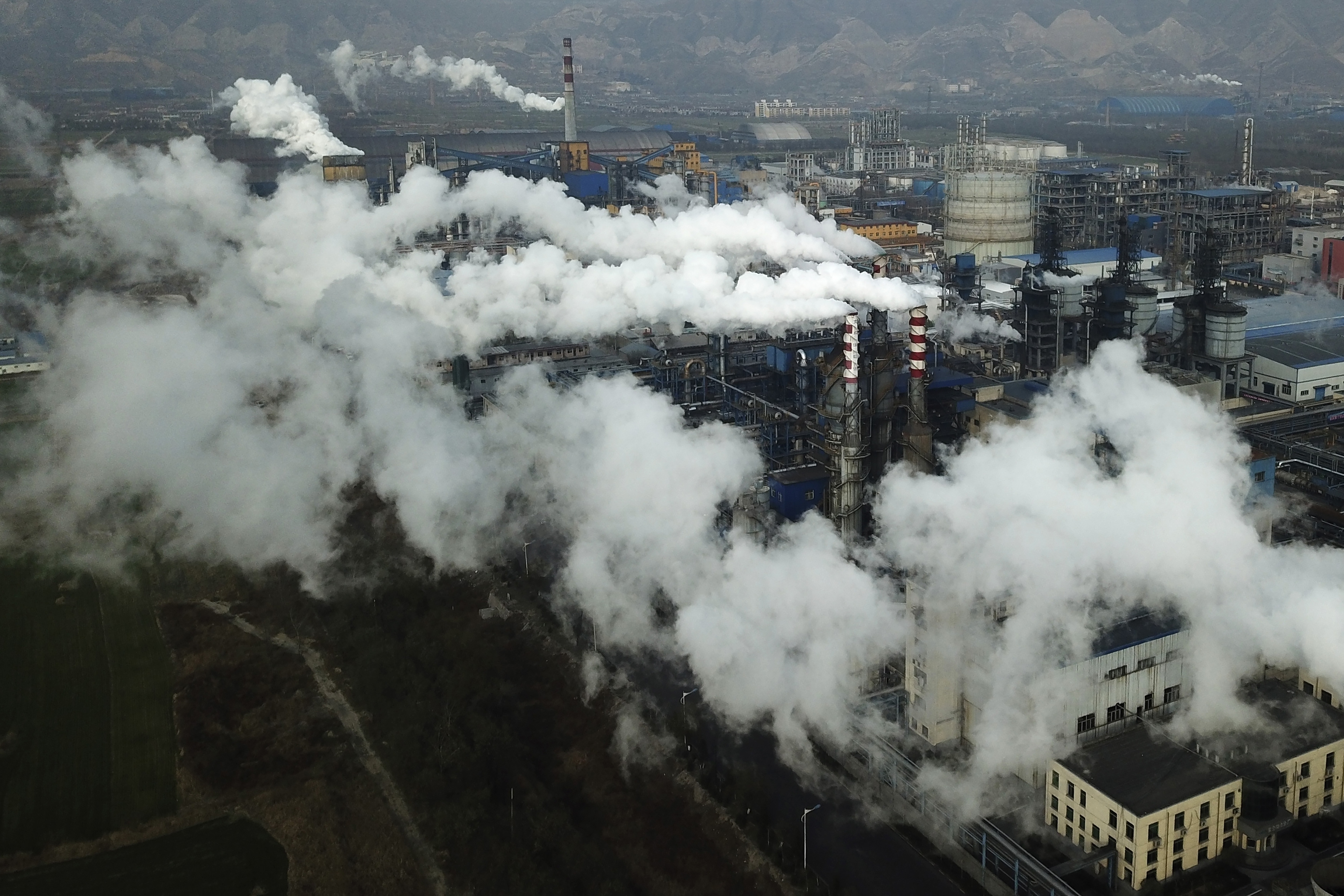 The U.S. is softening its resistance to paying developing countries for loss and damages suffered from climate change, and it's pointing the finger at China's massive emissions as well.

The U.S. is suddenly open to making rich nations pay reparations to countries suffering the ravages of climate change — but only if China ponies up, too.

The about-face comes after years of Washington serving as the bulwark of wealthy countries’ resistance to making such payments, and would set up China as the new climate bogeyman. It would also challenge Beijing’s assertion that China should still be seen as a developing nation.

Paying developing nations that suffer from climate-driven disasters and rising temperatures is one of the most contentious issues in global climate negotiations, which resume this weekend at a major conference in Sharm El-Sheikh, Egypt.

China should contribute its own funds to the cause, U.S. Special Envoy John Kerry told reporters late last month, “especially if they think they’re going to continue to go on to the next 30 years with increasing their emissions.” 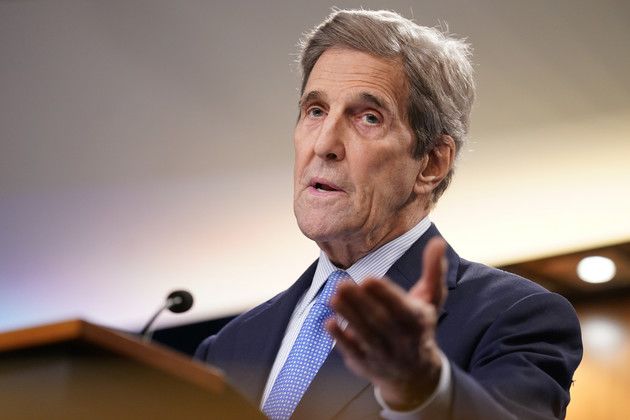 John Kerry, special presidential envoy for climate, speaks during a briefing at the State Department on Nov. 2, 2022.

The issue, referred to as “loss and damage” in the parlance of the global talks, calls for the U.S. and Europe’s industrialized nations to send funding to less-developed countries that have suffered from floods, heatwaves, droughts, rising seas and other disasters worsened by the changing climate. Those nations have contributed little to the crisis — in contrast to the United States, which during the past two centuries has pumped more greenhouse gases into the atmosphere than any other country.

The U.S. is now the world’s second-largest current climate polluter. China ranks as No. 1, with carbon emissions more than double those of the U.S.

After years of obstruction on the issue, a successful U.S. rehabilitation of its reputation on the issue won’t be easy. Carbon dioxide builds up in the atmosphere for centuries, meaning historical emissions accurately reflect the blame for extreme weather events today. According to data from 2019, the U.S., EU and U.K. are together responsible for more than half of the excess CO2 in the atmosphere. China’s contribution was 12.7 percent and growing. U.S. and European greenhouse gas emissions are trending lower, while China has pledged only that its emissions will cease rising by the end of the decade.

Vulnerable countries and the Egyptian hosts of the 13-day U.N. climate conference have made access to climate compensation a central theme of the two-week gathering. 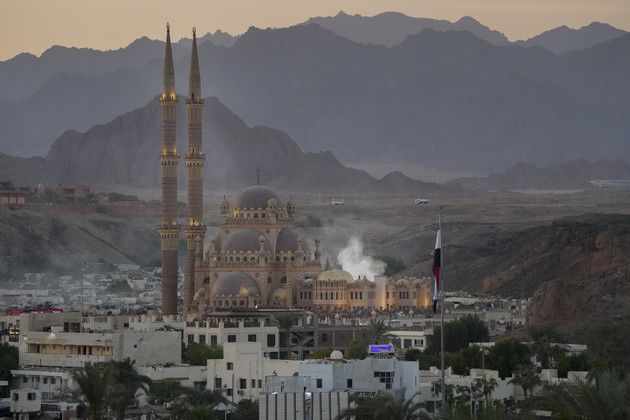 Sharm El-Sheikh, Egypt, will host the COP27 U.N. Climate Summit starting on Nov. 6, and is scheduled to end on Nov. 18.

“I do think it’s a smokescreen,” said Michai Robertson, a negotiator from Antigua and Barbuda who is on a team representing an alliance of 39 small island nations.

Under Kerry, the U.S. and China had been in regular communication over climate policy, but Beijing halted that collaboration in August in a diplomatic rebuke over House Speaker Nancy Pelosi’s visit to Taiwan. Now, Kerry’s effort to pull China into the loss and damage issue are adding to worries that the fraught U.S.-China relationship spells trouble for the upcoming talks.

“The bottom line is this: I have no reason to believe humanity could solve the climate challenge if the two biggest emitters can’t even talk to each other,” said Li Shuo, global policy adviser with Greenpeace East Asia.

Chinese President Xi Jinping has consistently pointed to the United Nations’ doctrine that rich and poor countries shoulder differing burdens for climate change. Yet the U.S. contends China is no longer in the same league as developing nations.

“At the rate we’re going, a couple of countries have the ability to eclipse our historical mountain” of emissions since the middle of the 19th century, Kerry said. “So yeah, we burned coal and we did this. But guess who else burned coal? Every single one of those other countries have been burning coal for 70 years. Are they absolved?”

Long-time observers of the climate talks like Michael Oppenheimer, a Princeton University climate scientist and international affairs professor, question whether the U.S. tactic is designed to create a wedge between China and the developing countries that often negotiate as a bloc at the talks and take a contentious stance against the industrialized countries.

“Breaking up that bloc a little bit is something the U.S. would regard as a diplomatic coup,” Oppenheimer said.

The EU is backing up its ally.

“In Sharm we are aiming for a meeting of minds and political will. To meet the very diverse needs of vulnerable countries in responding to loss and damage, financial arrangements that involve the entire international community will be necessary,” an EU official said, requesting anonymity to discuss sensitive negotiations. 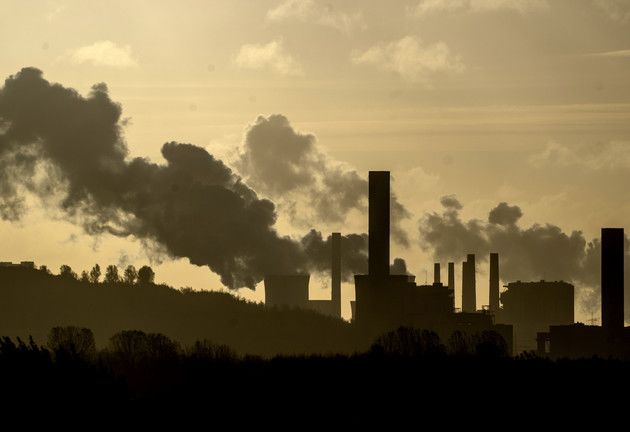 Steam rises from the coal-fired power plant Neurath near Grevenbroich, Germany, on Nov. 2, 2022.

China may not be principally opposed to sending money to climate vulnerable nations. But it would be on China’s terms, meaning it would be conducted under the rubric of “South-South” cooperation. That would avoid Beijing having to blur the line between developed and developing countries that it uses to differentiate its responsibilities from those of the U.S. and Europe.

“The South-South cooperation from China is enormous,” said Kaveh Guilanpour, vice president for international strategies with the Center for Climate and Energy Solutions, who has advised U.K. and EU climate negotiators and held a role on the U.N. Secretary-General’s climate team.

But getting China to accept a shift to join the group of global donors was a “fool’s errand,” said Robertson. His bloc of small island countries want discussions in Egypt to focus on establishing a new global fund to address the damage from climate change, and he viewed the U.S. softening its rhetoric on financing for climate damages with only “cautious optimism.”

The U.S. stance comes as the Biden administration and the EU increasingly accept the moral burden for the damage from their fossil fuel consumption. The recent floods in Pakistan and Nigeria and the heatwaves and drought that laid low much of the northern hemisphere this summer have helped developing countries make their case.

And the U.S. shift breaks with years of wealthy countries’ fear of facing infinitely larger compensation claims as climate damages rise, though the U.S. insists it will not accept any deal that holds it legally liable for past emissions. Still, both the U.S. and Europe have so far stopped short of agreeing to developing nations’ desires for a separate, dedicated fund for those reparations.

China backed creating a specific fund in the eleventh hour of last year’s talks in Glasgow, Scotland, though under conditions that were quickly rejected by the U.S. and EU. Senior Biden administration officials said in a recent call that the proposal included financing from only developed countries and skirted language from the 2015 Paris Climate Agreement that shields rich countries from legal liability for damage caused by their past emissions. 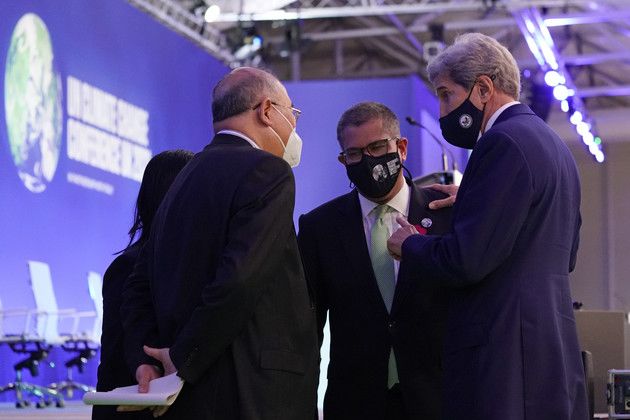 “How do you do this in a way that actually produces money [and] gets a system in place? We’re totally in favor of that and we are working towards it,” Kerry said. “We’re not obstructing. There’s been a big move in the U.S. over the last couple of years on this, as we’ve sort of seen the gathering storm of what’s happening and consequences to countries around the world.”

Extreme weather events and disasters linked to climate change have more than doubled across developing countries since 1991 — the year before the first ever U.N. climate summit — resulting in 676,000 deaths, which account for 79 percent of global deaths from those events over that period, according to the Loss and Damage Collaboration. The report estimated climate-driven events affect 189 million people in those countries every year.

That the U.S. heads into Sharm El-Sheikh now willing to engage with the topic of reparations at all is seen as progress among reparations advocates. But vulnerable countries want them to do far more. Talks in Egypt will focus on their demands for the dedicated new fund.

The senior Biden administration officials said that they want to first assess whether existing funding organizations can adequately address loss and damage. While Kerry said the U.S. does not dismiss the idea of a new fund, the officials said they worry establishing a new mechanism would take too much time and negotiation.

Europe and the U.S. are presenting a united front. The EU is “completely unpersuaded,” a new fund is needed, the official said. But some European governments are being more proactive than the U.S. in presenting alternatives. Germany has developed a “Global Shield,” which pools insurance resources. Denmark, Scotland and the Belgian region of Wallonia have made small, but symbolic cash pledges that they argue are the first direct promises of money to repair climate damages.

Nations already dealing with severe effects from climate change are adamant that loss and damage requires a new fund. They worry pulling from existing sources will not expand available climate aid when needs are still unmet and growing. And the Biden administration examples of what it considers applicable for such funding, such as early warning systems and easier access to disaster relief dollars, are “a deliberate attempt to confuse” pots of climate aid, said Harjeet Singh, head of global strategy with environmental group Climate Action Network.