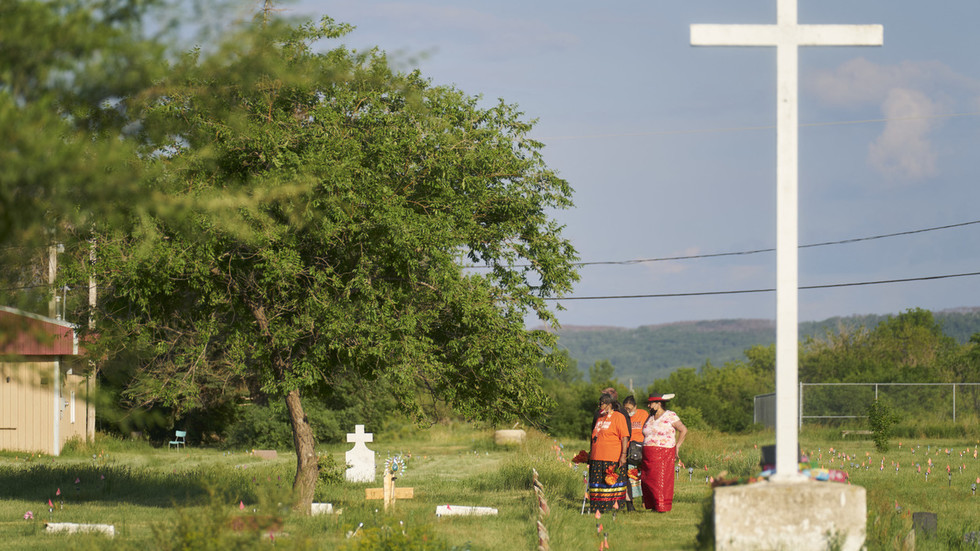 ‘Ongoing colonialism’: Indigenous groups call to ‘Cancel Canada Day’ in light of mass grave discoveries, but not everyone agrees

Ahead of Canada’s annual celebration of nationhood on July 1, calls by indigenous groups for a day of reflection instead – after the recent discovery of the graves of nearly 1,000 indigenous children – have drawn mixed reactions.

Intense debate has erupted in recent days over ‘Cancel Canada Day’ campaigns, with several Canadians claiming that hosting fireworks displays and parties would be tone-deaf at a time when the reality of mass graves and the impact of the infamous residential school system has just begun to set in.

A number of demonstrations and vigils are being organized under the viral hashtag #CancelCanadaDay in solidarity with First Nations communities in provinces across Canada, including British Columbia where the remains of what is believed to be 215 children were found at a former school site last month.

Following a month-long outpouring of grief and anger over that discovery, last week’s revelation of an estimated 751 unmarked graves at another old school site in the province of Saskatchewan added to the national gloom.

“We will not celebrate stolen indigenous land and stolen indigenous lives. Instead, we will gather to honor all of the lives lost to the Canadian state,” said indigenous rights group Idle No More, under whose banner more than 15 rallies will take place nationally.

The group said the discovery of the graves is a reminder that Canada is a country “that has built its foundation on the erasure and genocide of indigenous nations, including children” and urged those who want to “challenge and disrupt Canada’s ongoing colonialism” to disrupt the celebration.

At least 150,000 indigenous children are believed to have been forcibly removed from their families to attend the schools, which operated into the 1990s. They were given new names, forcibly converted to Christianity, and even forbidden from speaking their native languages.

Idle No More co-founder Sheelah McLean said some 50 cities and towns across Canada had decided to cancel planned Canada Day events “out of respect for the grief indigenous peoples are going through.” She also said every other city and town “should follow suit.”

However, some social media users expressed skepticism about the level of commitment from the cities ‘canceling Canada Day,’ with one person suggesting that some might be using it as an “excuse for an event they intended to cancel due to Covid anyway.”

In a speech last week, Prime Minister Justin Trudeau suggested using the holidays for “reconciliation, on our relationship with indigenous peoples... [and] on our past.” He added that could be done while respecting those “for whom it’s not yet a day of celebration.”

On Wednesday, Trudeau said the flag at Canada’s parliament would be flown at half-mast to honor the lives lost and “reflect on the tragedy of residential schools.” Several Canadians accused him of “virtue signaling” while ignoring the actual needs of indigenous communities.

On the other hand, one tweeter said Trudeau was “causing a rift between Canadians” and said the country was “under attack by a woke government.”

Leader of the opposition Conservative Party Erin O’Toole said that injustices of the past were being “seized upon by a small group of activist voices” who were using it to “attack the very idea of Canada itself.”

Many reacting to his comments accused O’Toole of having a “cultish” sense of patriotism and criticized him for whipping sections of his voter base into a frenzy by “fanning the flames” of their “racism and intolerance.”