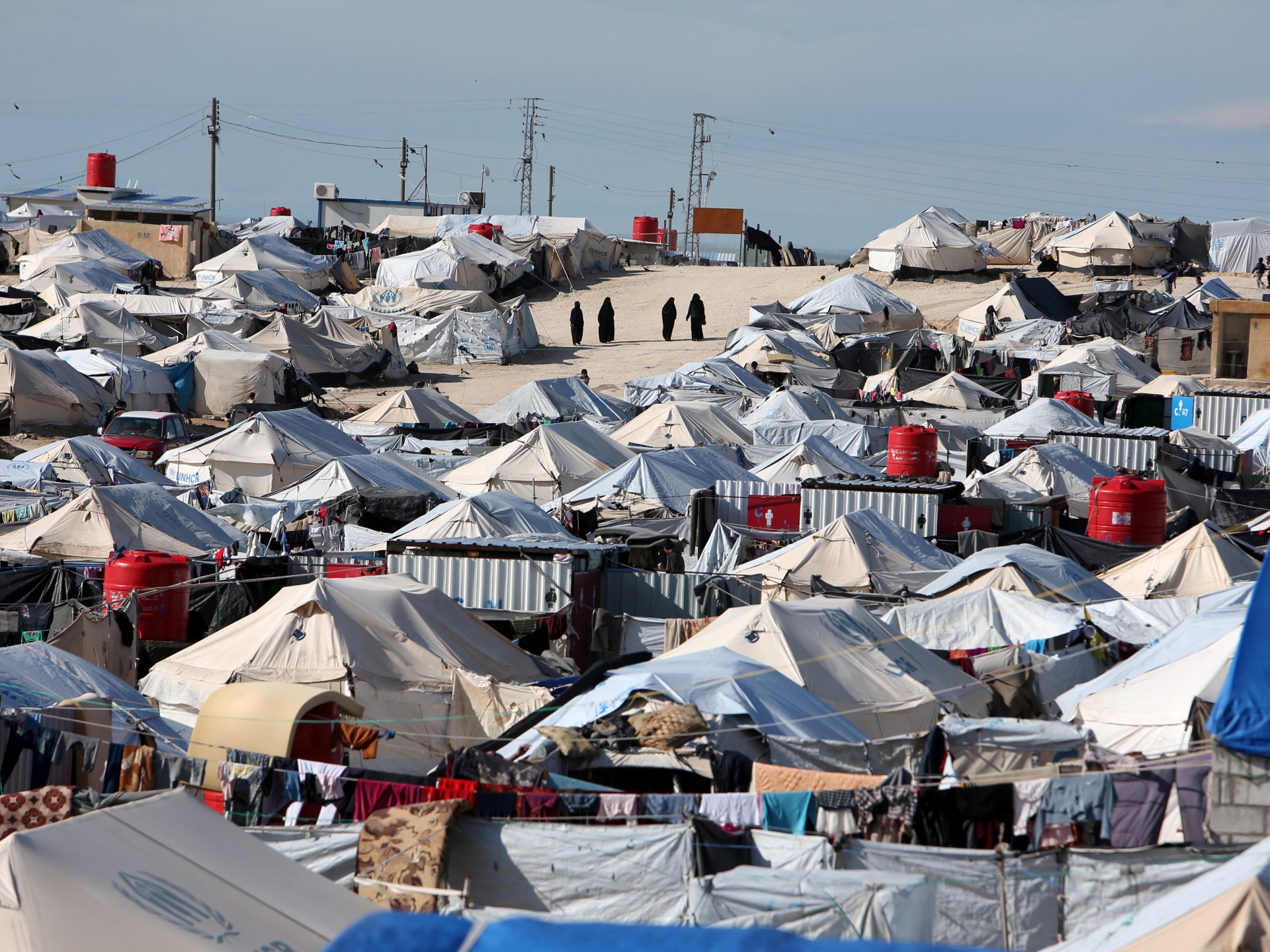 Residents say conditions in the northeastern Syrian camp were akin to living in a ‘death camp’ amid routine lawlessness and crime.

Residents of the al-Hol camp in northeastern Syria have experienced routine “violence and exploitation” with no formal legal policies to protect them in what they describe as a “death camp”, a new report by Doctors Without Borders (MSF) has said.

Al-Hol camp is located in a region controlled by the Kurdish Syrian Democratic Forces (SDF) and holds displaced refugees, as well as families of ISIL (ISIS) fighters, including thousands of foreigners. It is the largest camp in the war-torn country, housing some 60,000 people, the vast majority women and children.

Martine Flokstra, MSF’s Syria operations manager, described the camp as “effectively a massive outdoor prison” where many young people are robbed of their childhoods and condemned to a life with no hope in sight.

“We have seen and heard many tragic stories in Al-Hol detention camp in Syria, including children dying as a result of prolonged delays in accessing urgent medical care, and young boys reportedly forcibly removed from their mothers once they reach around 11 years old, never to be seen again,” Flokstra told Al Jazeera.

The authors of the report said the under the auspices of the fight against ISIL, exceptional policies had been implemented involving the indefinite and arbitrary detention of women, children and men in al-Hol, noting that measures had failed to “ensure safety and security” for those detained in the camp.

“Residents have described themselves as being trapped ‘between two fires’: on the one side, the persistent threat of extreme violence committed by armed groups in the camp, and on the other, the increasingly harsh security measures implemented by camp authorities in an attempt to manage the situation in al-Hol,” the report noted.

Fighting earlier this year between ISIL and the SDF in al-Hol killed three camp residents, including a child.

More than three years ago, a United States-led coalition captured the Syrian village of Baghuz, the last chunk of territory held by ISIL, which had previously controlled large parts of Iraq and Syria, killing thousands. 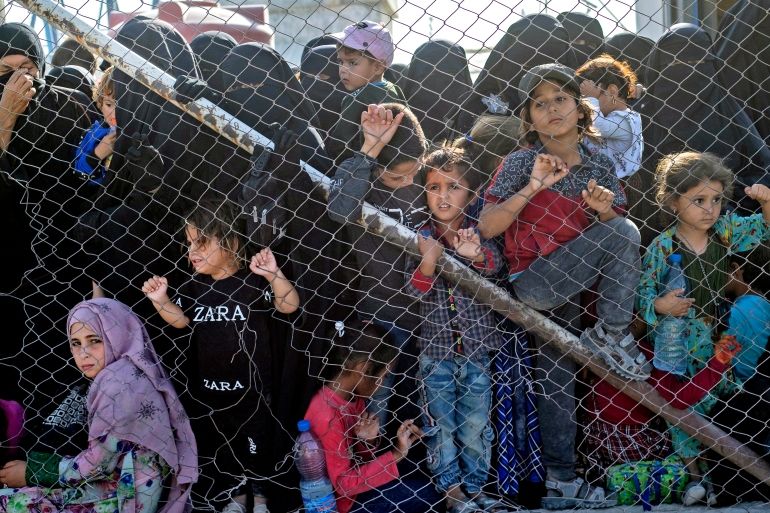 Many children have effectively been raised in al-Hol, with few prospects

One camp resident described the situation in the camp as “horrible”.

“I was pregnant and I had five children, so I decided to leave Baghuz. Now I regret having left. I believed it would be true, that we would be free, but nothing. If I’d known, I would have preferred to die than come here.”

For others, the camp felt like “Guantanamo Bay” and a “death camp”.

“Once my dad was at the main gate but they wouldn’t allow me even to see him at the gate,” another resident said. “This is when I thought: ‘Yes, we are in prison.’ We need people to be able to visit us, and we need to be able to interact with the outside world.”

The report highlighted that criminal activities were rampant in the camp, including theft and extortion, with crime-related deaths accounting for 38 percent of all deaths at al-Hol.

“I was walking with a friend at sunrise and we saw a blanket. In it there was a dead body. We didn’t do anything because we were too afraid of the security forces. But the body had no head,” a resident told MSF.

Residents said there was a lack of protection with security forces reluctant to help, or only responding when it was too late.

Flokstra told Al Jazeera accessing medical care was often “a terrifying ordeal” for children and their caregivers in the camp who managed to do so.

“Children who require treatment at the main hospital about an hour’s drive away from the camp are escorted under armed guard, and in most cases without their caregivers, as they are rarely given approval to go with their children.”

The MSF recommended that a long-term solution be worked out by coalition forces that includes “access to due process” – including the right to a free trial where residents of the camp can fight the legality and necessity of their detention.

Moreover, MSF said countries should accelerate the repatriation process for what it said was more than 11,000 foreign nationals still in the camp. The group said that a number of countries had previously refused to take their citizens back or even rendered them stateless.

A few countries, such as France, Belgium and Australia have recently repatriated citizens from al-Hol.