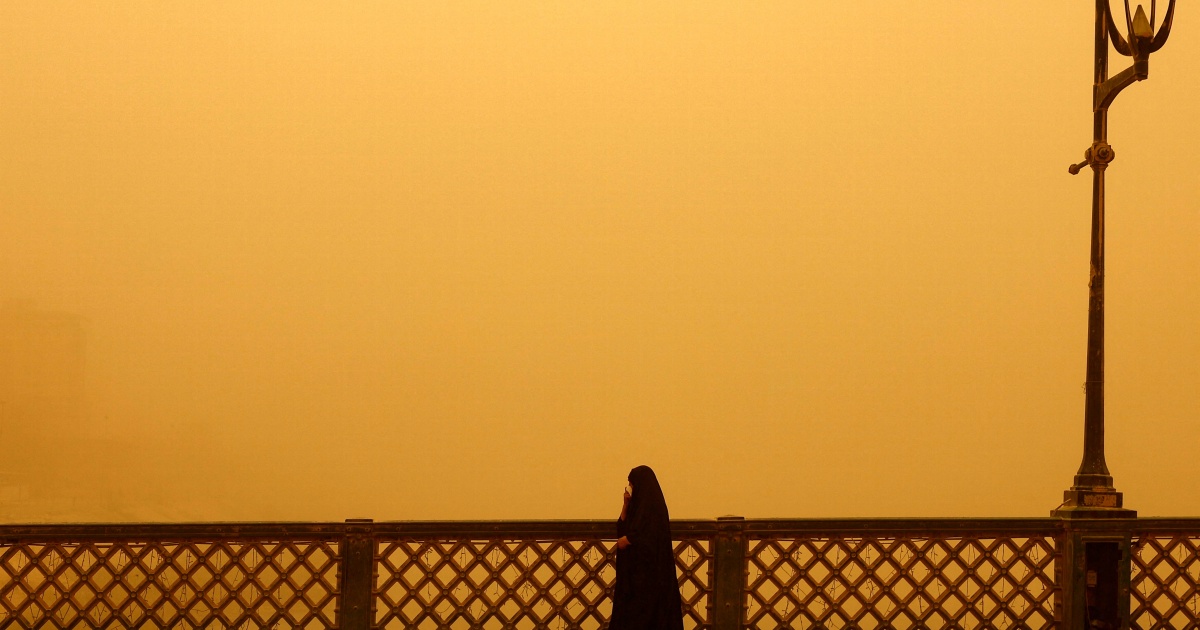 An unprecedented wave of sandstorms is striking parts of the region, with experts blaming climate change and poor government regulations.

A sandstorm has blanketed parts of the Middle East, including Iraq, Syria and Iran, sending hundreds of people to hospitals and disrupting flights in some places.

From Riyadh to Tehran, bright orange skies and a thick veil of grit signalled yet another stormy day on Monday in what was the latest in a series of unprecedented nearly back-to-back sandstorms this year that have bewildered residents and raised alarm among experts and officials, who blame climate change and poor governmental regulations.

Sandstorms are typical in late spring and summer, spurred by seasonal winds. But this year they have occurred nearly every week in Iraq since March.

Iraqi authorities declared the day a national holiday, urging government workers and residents to stay home in anticipation of the 10th storm to hit the country in the last two months. The Iraqi Ministry of Health stockpiled canisters of oxygen at facilities in hard-hit areas, according to a statement.

“It’s a region-wide issue, but each country has a different degree of vulnerability and weakness,” said Jaafar Jotheri, a geoarchaeologist at the University of Al-Qadisiyah in Baghdad. 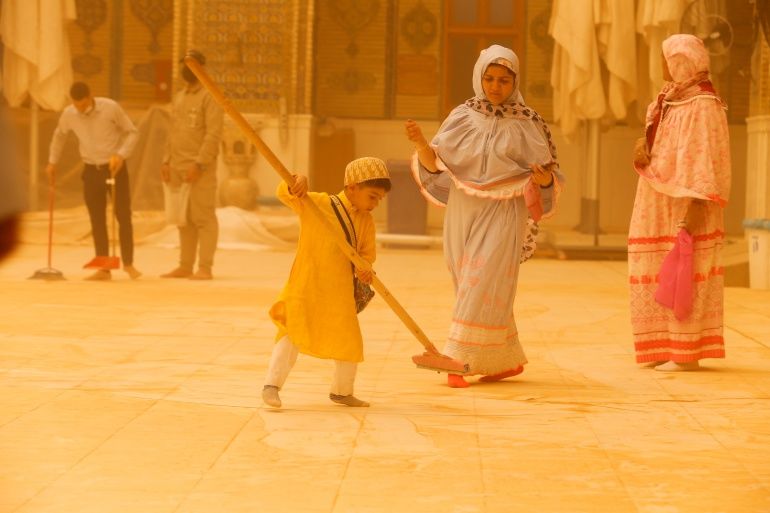 A child sweeps the floor during a sandstorm at the Imam Ali Shrine in Najaf, Iraq

Specifically in Iraq, Jotheri explained, desertification exacerbated by record-low rainfall is adding to the intensity of storms. In a low-lying country with plenty of desert regions, the impact is almost double, he said. “Because of 17 years of mismanagement of water and urbanisation, Iraq lost more than two-thirds of its green cover,” he said. “That is why Iraqis are complaining more than their neighbours about the sandstorms in their areas.”

In Syria, medical departments were put on alert as the sandstorm hit the eastern province of Deir el-Zour that borders Iraq, Syrian state TV said. Earlier this month, a similar storm in the region left at least three people dead and hundreds were hospitalised with breathing problems.

Bashar Shouaybi, head of the Syrian Ministry of Health’s office in Deir el-Zour, told state TV that hospitals were prepared and ambulances were on standby. He said they have acquired an additional 850 oxygen tanks and medicine needed to deal with patients who have asthma. 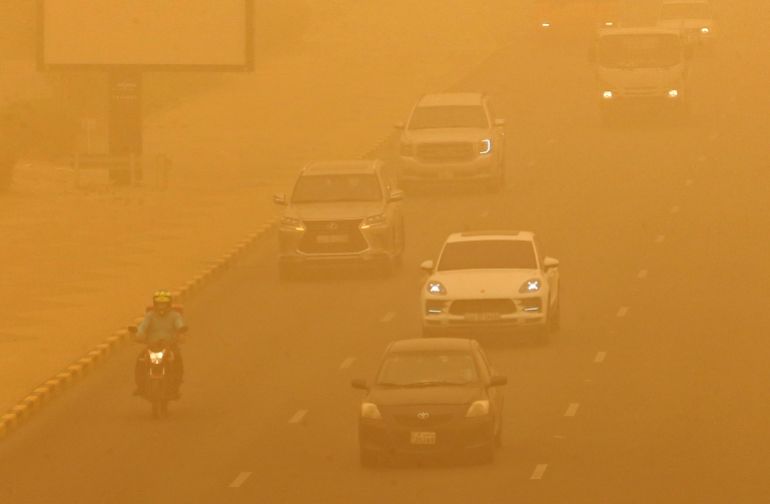 Cars drive amid a heavy sandstorm in Kuwait City, Kuwait

The sky in Kuwait turned bright orange as a severe sandstorm blanketed the country. And for the second time this month, Kuwait International Airport suspended all flights because of the dust. Earlier this month, another storm forced all schools and government offices to shut down.

The second heavy sandstorm in less than a week descended on Saudi Arabia’s capital Riyadh as well, obscuring iconic buildings like the Kingdom Centre in a grey haze. Officials warned drivers to go slowly. Emergency rooms in the city were flooded this month with 1,285 patients complaining they couldn’t breathe properly.

Iran last week shut down schools and government offices in the capital of Tehran over a sandstorm that swept the country. It hit hardest in the nation’s southwest desert region of Khuzestan, where more than 800 people sought treatment for breathing difficulties. 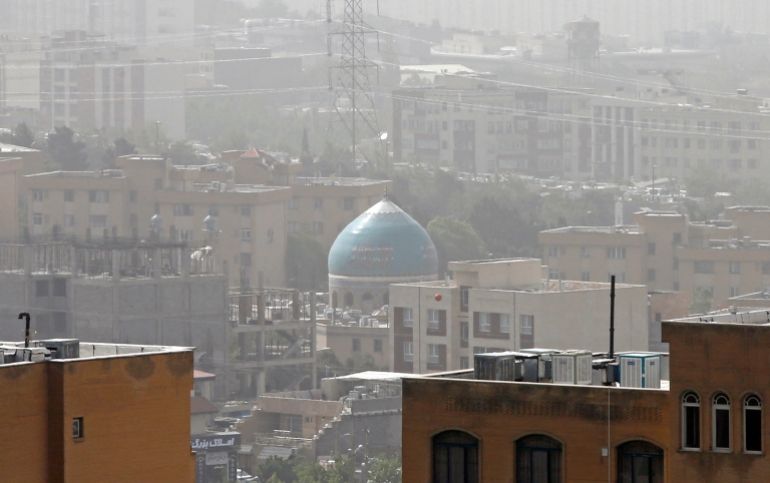 Dozens of flights out of western Iran were cancelled or delayed. Blame over the dust storms and heavy air pollution has mounted, with a prominent environmental expert telling local media that climate change, drought and government mismanagement of water resources are responsible for the increase in sandstorms. Iran has drained its wetlands for farming – a common practice known to produce dust in the region.

Alireza Shariat, the head of an association of Iranian water engineers, told Iran’s semiofficial ILNA news agency last month that he expected extensive dust storms to become an “annual springtime phenomenon” in a way Iran has never seen before.