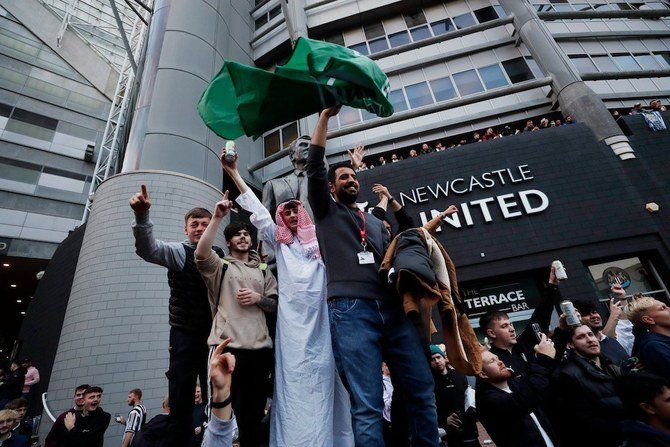 Saudi Arabia investing in coexistence as much as sport

Nelson Mandela, one of the true heroes of our modern age, declared only a few years after his long incarceration ended: “Sport can create hope, where once there was only despair. It is more powerful than governments in breaking down racial barriers. It laughs in the face of all types of discrimination.”

It is with these truths in mind that we should all embrace the recent news of a Saudi-led consortium succeeding in acquiring English Premier League football club Newcastle United. Not only will the new ownership bring fresh investment into a beloved club, but the takeover can educate football fans with little to no exposure to the Middle East about a country and region that is changing dramatically and is deeply misunderstood.

As Mandela noted at the start of this millennium, sport has a unique power to inspire tolerance and coexistence among peoples, and to build bridges of understanding and partnership. The players on the football field come from every country, speak untold languages and practice different religions. In the stands, their supporters are no less diverse. Each learns that there is so much more that unites us than divides us.

Some of the initial news coverage in the West has been hostile and short-sighted, focused on the idea that Saudi Arabia is using “sportswashing” to improve its reputation. But as Saudis tell me, the increased investments in sport reflect the interests of a young population that is football-mad and desperately wants to develop Saudi industries around entertainment, sport, leisure and culture, within which they can build their careers.

In short, Saudi Arabia is investing in sport for its people. The rest of the world would be foolish to try to turn them away. It would be a loss for everyone.

The sportswashing accusation reminds me of some of the criticism aimed at Saudi Arabia more than a decade ago, when it first began advocating for a grand inter-civilizational rapprochement. As a rabbi from New York, I was honored to participate in the efforts led by the late King Abdullah. But I heard elements of the same attacks then as now, trumpeted by individuals who often knew little about Saudi Arabia and found it easier to cancel than to engage.

In the years since, we have seen unmistakable changes in the Kingdom and across the region. Saudi Arabia has opened its doors to tourists, removed social restrictions on women, advanced a more moderate Islam and engaged with the world in a new way. Next door, the nations of Bahrain and the UAE even signed historic diplomatic agreements with Israel a year ago.

Sport can go further than the halls of diplomacy or the sacred spaces of interfaith dialogue, and that is why the Newcastle acquisition gives me hope.

For some fans, the last week may represent their first exposure to a part of the world that has been too regularly stigmatized by negative connotations about fundamentalism, violence and hostility to the West that bear no resemblance to reality. Over time, what they will see and appreciate instead is Saudi Arabia’s commitment to the development of new athletics facilities for young people and communities throughout the UK. The power of that investment cannot be captured in pounds, dollars or riyals.

Already, football has played a role in spurring diplomatic progress in the Middle East.

The AlUla Declaration signed in January ended a disagreement between Qatar and several of its neighbors, including Saudi Arabia, restoring a degree of normality to Gulf relations. Not to be overlooked was how the accord ended fears that the diplomatic impasse would interfere with Qatar’s hosting of the 2022 FIFA World Cup. It was no surprise that the sport’s world governing body immediately hailed the breakthrough.

The World Cup is yet another opportunity to showcase the Gulf region for what it really is: Dynamic, evolving rapidly, and populated by thoughtful and respectful individuals who want deeper connections with the rest of the world.

Similar to the Saudi emphasis on grassroots diplomacy through Newcastle, Qatar has said that the heart of the World Cup will be people. It wants the tournament to serve as a conduit for bringing people together like never before and cementing an intercultural understanding and level of tolerance that proves transformative in the Islamic world and beyond.

"Sport can go further than the halls of diplomacy or the sacred spaces of interfaith dialogue, and that is why the Newcastle acquisition gives me hope."

I am excited to be a part of this ambitious goal. In the spirit of promoting sensitivity and respect for all attendees, the Qatar World Cup Secretariat has asked me to assist in making kosher food options available at games for the thousands of Jews who will attend the competition. This effort and countless others serve as concrete manifestations of the new Middle East that is emerging.

Saudi Arabia is arriving a little later, having seen Qatar and the UAE, with clubs such as Paris Saint-Germain and Manchester City, reach the top levels of European football and serve as cultural reference points for the region. But the Kingdom’s entry into the European game comes at a unique time in history, with its society and culture reforming at a faster speed than ever before and the country connecting with the world in an unprecedented manner.

Hope abounds. Mine is that we will truly succeed in shattering racial barriers and discrimination, one way or another, even if that takes a football team as much as a Sabbath sermon.