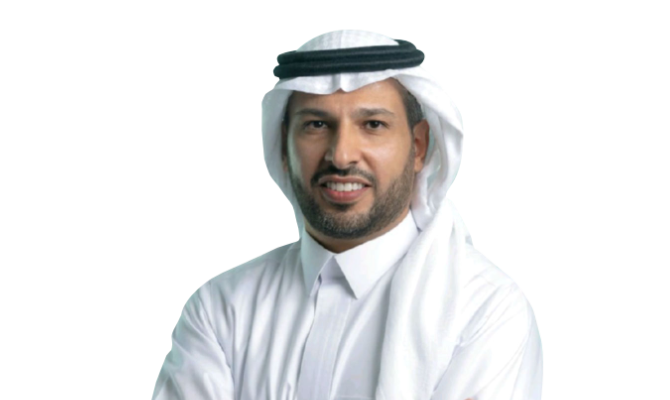 In an exclusive interview with Arab News, Sattam Amer Alharbi, deputy minister for control and development of work environment at the HRSD, said that the ministry, alongside other authoritative bodies in the Kingdom, has a clear framework to address workforce and employment issues, combat human trafficking, its challenges, preserving the rights of domestic workers and other matters of concern for both the employer and employee.

Human trafficking is recognized as a growing international phenomenon, but a uniform definition has yet to be adopted. The United Nations defines human trafficking as a crime that trades in people and exploits them for profit. Traffickers using fraudulent employment agencies coerce and deceive their victims take advantage of some of the most vulnerable groups who seek a better life.

The UN’s adopted the Convention against Transnational Organized Crime in 2000 and entered into force in 2003. The Protocol to Prevent, Suppress and Punish Trafficking in Persons, especially Women and Children, is the first global legally binding instrument with an agreed definition on trafficking in persons. The Kingdom, alongside 173 countries, signed the protocol and has since reaffirmed its firm rejection of all forms of human trafficking and has made significant efforts to eliminate it.

“Human trafficking is a global problem and targets some of the most vulnerable groups, and many don’t comprehend the complexity of the term “human trafficking.” In the Kingdom, the laws are clear, and authorities continue to raise awareness of defining this crime through campaigns,” said the deputy minister.

Article 3 in Saudi Arabia’s Anti-Trafficking in Persons Law has stipulated that any person who commits an act of trafficking in persons shall be punished by imprisonment for a period not exceeding fifteen years or a fine not exceeding SR1 million or by both.

“The Kingdom has given this a top priority and taken concrete steps to counter human trafficking and Saudi Arabia’s leading role in preserving worker’s rights revolve around four main axes; prevention, protection, assistance, protection through national and regional cooperation. Relevant authorities cooperate based on this strategy which is a clear indication of the Kingdom’s efforts to counter the crime,” said Alharbi.

“The HRSD’s role is not simply to issue work permits, employee conflicts, Saudization for example, it plays a significant role in combating this crime as well. As a member of the national committee, the ministry, alongside other cooperative bodies, oversaw strategies that fight this crime which is very much related to labor market such as forcing employment of a labor worker, delaying domestic worker’s salaries, force labor of minors or children, working under difficult conditions, insufficient housing and more. We deal with many issues across the spectrum that degrade their dignity,” he added.

As many as 9-10 million foreign workers live and work in the Kingdom. The deputy minister stressed that the ministry had taken significant steps to protect the rights of labor workers, such as digitizing their contracts and the wages protection system.

“The most common offense is the refusal or continuous delay of wages. If a company delays the issuance of any worker’s salary, the ministery is immediately notified and actions are taken to ensure workers’ wages are paid,” adding that other common offenses include forcing a labor worker to pay their permit renewal fees or additional fees that the employer is responsible for that are escalated to the Public Prosecutor’s office to investigate.

The ministry’s ongoing field inspections monitor institutions and provide information to the workers as many of them might not know their labor rights or the means of filing a complaint. These inspections are essential as they can identify cases of human trafficking.”

The ministry has established a special division and committee to deal with the varied issues of human trafficking. Their services are numerous, from protection units to follow-up cases to providing health care and hiring lawyers to defend expat workers and working closely with several authorities, including foreign envoys.

“There are many issues that are unclear to many employers and employees still. Acts can land them in trouble with the law, and it’s essential to understand the laws. Each case brought to our attention can go two ways; for example, if wages are delayed by a month or two, a penalty is issued but won’t go beyond. Still, if an employee hasn’t received it in 3-4 months, it reaches a point where it falls under human trafficking crime, and the case is escalated to the Public Prosector’s office.

In nearly 40 years, over 20 million expat workers have passed through Saudi Arabia; many can still be found living in the Kingdom today, making it their home.

When the COVID-19 pandemic began last March, Saudi Arabia’s governing authorities have made it a priority to ensure the protection of every resident in the Kingdom, legal or illegal resident, providing them with free healthcare if needed, issue tickets for those who want to return to their countries, automated renewal of exit and entry visas and offering the COVID-19 vaccine free for all.
#COVID-19  #vaccine  #Covid
Add Comment