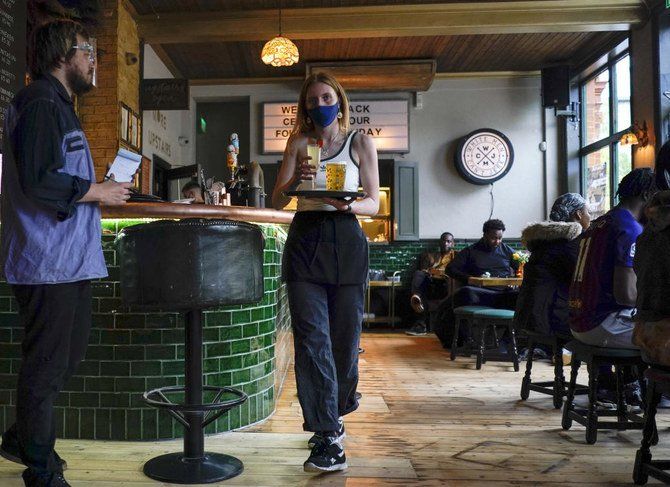 Job vacancies in the UK have spiked to their highest recorded level, official figures showed Tuesday, in a further sign that the British economy is rebounding more than anticipated following the lifting of coronavirus restrictions.
With the unemployment rate falling and the number of people on payroll rising toward pre-pandemic levels, wage pressures are clearly building — a development that financial markets suggest will lead the Bank of England to raise interest rates sooner than previously thought as it could further fuel inflation.

The Office for National Statistics revealed that the number of job vacancies rose by 290,000 between May and July from the previous three-month period, to 953,000. That’s the highest level since records were started in 2001.

The increase in vacancies came during a period when most lockdown restrictions were lifted across the UK following the rapid rollout of vaccines. The increase in job vacancies was particularly evident in those sectors, such as arts, leisure and food service, that had suffered most during the multiple lockdowns in the UK

In further encouraging news, the agency said the number of people on payroll rose by 182,000 between June and July, taking the total to 28.9 million. Still the overall figure is 201,000 lower than before the pandemic struck in March 2020.

The latest figures have raised hopes that the British government’s decision to bring an end to a salary support scheme it introduced at the outset of the pandemic will not lead to big job losses.

Under the Job Retention Scheme, the government paid 80 percent of the salaries of those workers unable to work because of lockdown measures. The program, which is being phased out and is due to finish at the end of September, helped support over 11 million people but the number now is down below the 2 million mark as many sectors have reopened, notably hospitality.

“There was no sign of redundancies starting to pick up in our survey data ahead of the furlough scheme beginning to wind down,” said Jonathan Athow from the statistics agency.

As is often the case, more hiring in the economy is leading to higher pay. Tuesday’s data showed annual wage growth including bonuses 8.8 percent higher, or 7.4 percent without bonuses, for the three months to June.

With wages surging, there could well be a further uptick in inflation as those benefiting from the higher pay spend more. Inflation is already rising fast on the back of higher energy costs and the Bank of England expects it to rise to 4 percent this year, which would be the highest level since 2011 and double its target.
#coronavirus  #vaccines
Add Comment