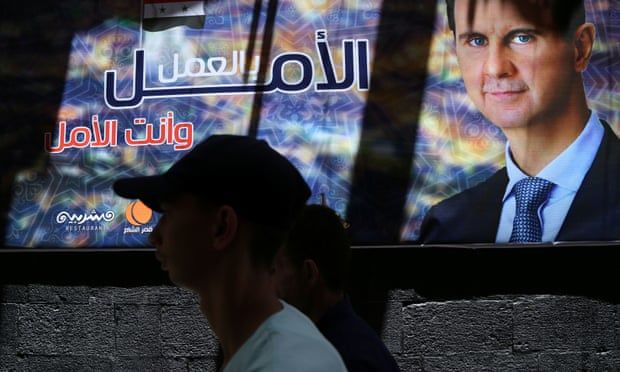 Human rights group accuses Assad regime of profiting from detainees forced to sign away their rights, some while blindfolded

More than $1.5bn (£1.2bn) worth of personal property including cars, olive groves, shops, houses, electronics and jewellery has been seized by the Syrian government from citizens accused of joining anti-government protests, according to a rights group.

The Association of Detainees and the Missing in Sednaya Prison (ADMSP) estimates that almost 40% of those detained after the Syrian uprising of 2011 were subject to property seizures.

It alleges the Syrian regime has attempted to circumvent international sanctions through this revenue, while ensuring that former detainees in exile have nothing to return to as the country struggles to rebuild.

“The regime did this, they took everything so that we don’t go back,” said Hassan Al Haj, remembering his family’s land in a village near Aleppo. “We used to have lands with olive and pistachio trees. I’d built a house there but never moved in. The government seized it before I was able to.”

“My family initially didn’t know there was a ruling to seize our property,” he said. “What they knew is I was sentenced to 15 years in prison.”

“After my release, when we asked those in our village, we learned that people associated with the intelligence services are using our land, to plant trees and sell the wood. They tell people in the village that this land, these properties belong to terrorists so that no one dares approach or ask any questions.” 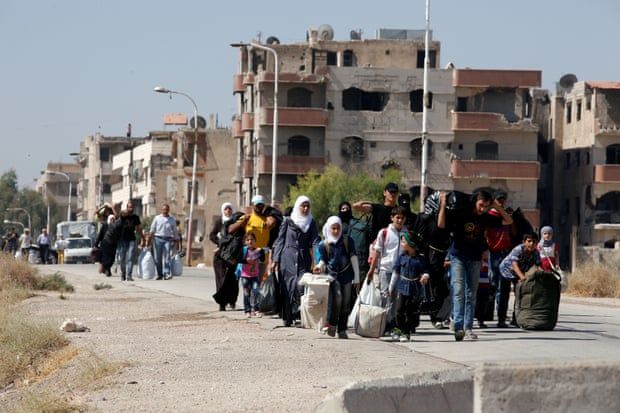 Daraya, pictured during an evacuation in 2016, has seen many property seizures by the state.

ADMSP describes how the dictatorial regime of Bashar al-Assad honed legal methods to confiscate property from detainees as part of a brutal crackdown on protests following the Syrian uprising of 2011.

Those accused of joining demonstrations or carrying out anti-government activity were convicted under an anti-terrorism law that permits the state to permanently strip them of all civil rights and opt to seize any property or belongings.

“It’s akin to a revenge or scare tactic that the regime is using,” said Diab Serrih of ADMSP, who pointed out that the seizures have reshaped Syria, as most of the property claimed by the state is in areas previously associated with dissent, such as Daraya in the south, and Homs and Aleppo in the north.

Tarek Ibrahim, whose name has been changed for his safety, described how the government seized 15,000 sq metres of his family’s land near Damascus. “I had many beautiful memories of that place,” he said. The state also seized properties and a computer equipment shop previously operated by his family.

Ibrahim was arrested along with two of his brothers in 2012 for being anti-government media workers in Aleppo. His family later learned that both his brothers were executed in Sednaya military prison, outside Damascus.

It was only after Ibrahim’s release from prison in 2020 that he learned he had been stripped of all civil rights, including the right to own property or possessions. The rulings against all three brothers meant the entire family’s property had been confiscated, including their parents’ land.

“All of our family properties are now held by the state. We can’t do anything with them – if we try to sell them or rent them, the government will seize them and arrest anyone involved,” he said.

Ibrahim said he decided to leave Syria after being detained and then ejected from a government building for attempting to obtain a passport for his young daughter. State bureaucrats saw that his paperwork bore a stamp showing he had been stripped of all civil rights. They warned him: “If you come back, we will have you arrested.”