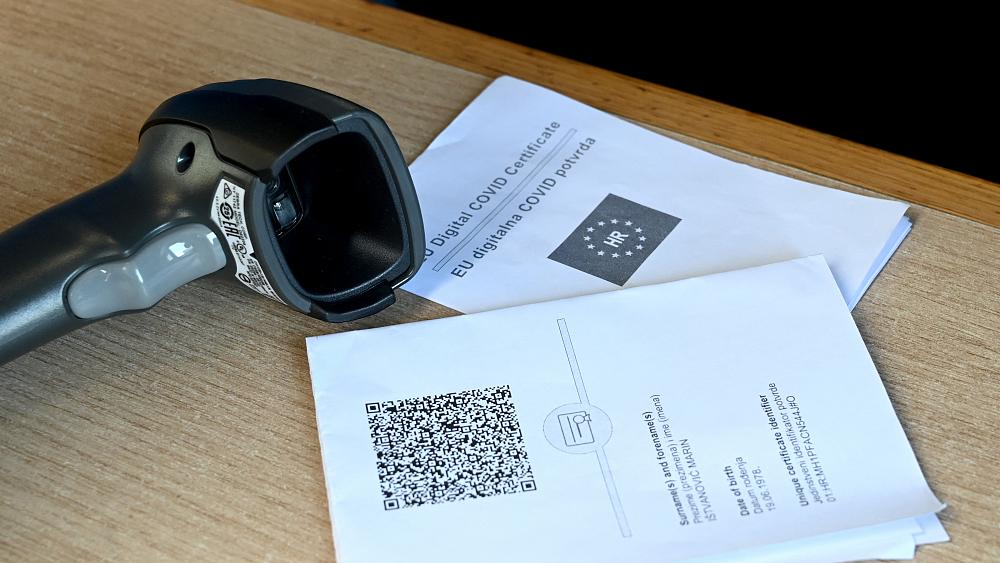 The European Commission says seven member states - Bulgaria, Czech Republic, Denmark, Germany, Greece, Croatia and Poland - have connected to the gateway and started issuing the first certificates. Other countries will follow suit when all functions are deployed nationwide, it added.

The certificate is available in digital or paper form, free of charge. The gateway allows for all certificates' QR codes to be accessed.

The EU's plan is for a single system to facilitate safe travel by verifying the pass holder's coronavirus status – whether through vaccination, a recent negative test result, or proof of recovery from the virus.

More than 20 countries have successfully tested the system in the last month, the European Commission says. The launch follows an agreement between the European Parliament and Council on regulation.

Alberto Alemanno, Professor of EU law policy at HEC Paris, tells Euronews the system would put cooperation between EU countries to the test, as many have looked to enforce their own rules on movement amid the pandemic. "We need to remember that the conditions of access to get this certificate will change from one country to another. It is each country to determine who gets the vaccine, who gets the test... who is going to be declared as immunised," he says.

"Each country reserves the right to refuse the COVID certificate as such. This might actually be the source of much confusion and unpredictability."

The European Commission is aiming for 70 per cent of the bloc's 450 million people to have received at least one dose of the vaccine by late July.

Commission chief Ursula von der Leyen said on Wednesday that the EU is on track to reach that target with more than 250 million doses administered so far. More than 80 million European have been fully vaccinated.

Brussels has also previously indicated that fully-vaccinated people from third countries should be able to visit the Old Continent with no quarantine requirement provided they were administered EU-approved jabs.

The European watchdog has approved the use of four vaccines by Pfizer/BioNTech, AstraZeneca/Oxford University, Moderna, and Johnson & Johnson.