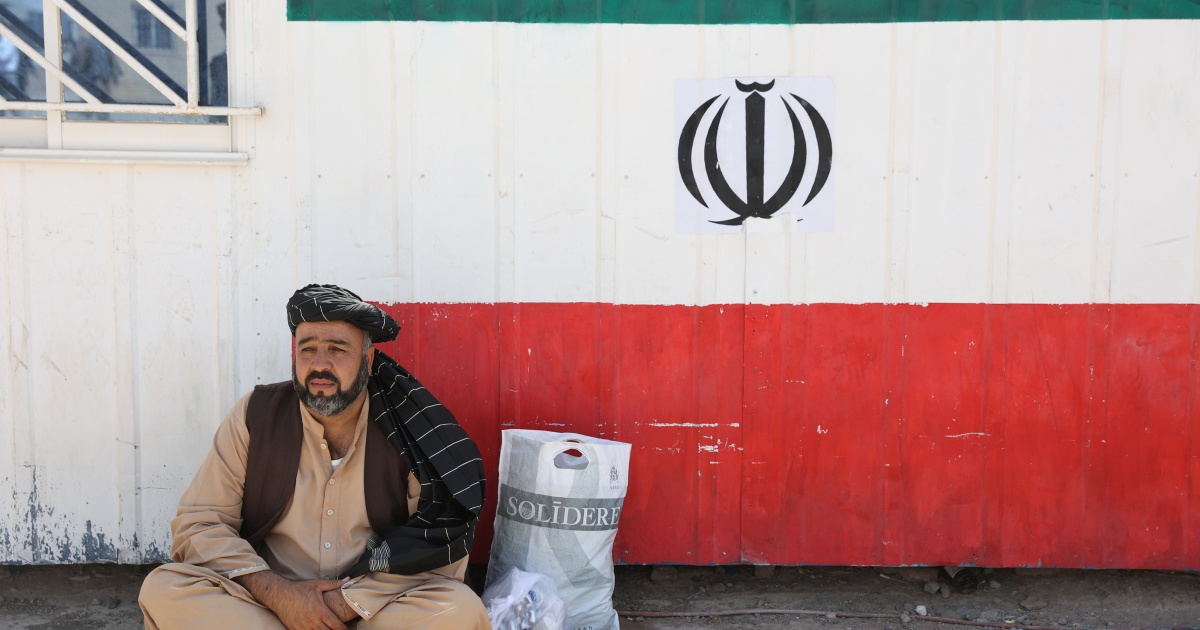 What does the future hold for Afghan refugees in Iran?

Iran hosts about 4 million Afghan refugees but anti-Afghan sentiment is on the rise amid economic distress in the country.

Three years ago Esmat, then 18, decided to leave his home in Afghanistan’s Nimroz province for Iran in search of a better life. He embarked on an arduous, days-long journey that took him first to the Pakistani border province of Balochistan and from there to the Iranian capital city, Tehran.

Now, 21, Esmat says he paid 60 million rials (about $200 at the current open market rate) to smugglers who facilitate border crossings. His port of entry in Iran was the southeastern province of Sistan and Balochistan, from where he travelled more than 1,200 km (745 miles) by car to reach Tehran.

“They loaded 12 of us into a sedan car; four in the trunk, six in the back seats and two in the front seat next to the driver,” he told Al Jazeera.

“That’s how they move us. If border agents catch us we’ll be deported. In Afghanistan the Taliban might take our money, in Pakistan the smugglers could force us to pay at gunpoint, and in Iran, the drivers might demand extra money.”

Sometimes drivers ask for 15 million rials (about $50) for the journey to the Iranian capital.

And Esmat said on his way to Tehran, he and other refugees were kept in squalid places with limited access to food and water.

When he arrived in the city three years ago, the situation was relatively better, as he joined some of his uncles and acquaintances, who had arrived a few years ago in search of a better life.

His uncle helped him find work in manual labour at a construction site – as many Afghan refugees do. He also worked at a restaurant and did an apprenticeship with a butcher.

Now he is going back to his parents and siblings in Taliban-ruled Afghanistan because they miss him and need his help.

But despite all the travelling hardships he has already endured, he says he wants to come back someday, and also try to get legal documents to stay.

“It’s still better to be here than there, because here at least you have some safety,” Esmat said.

“The Taliban wants to dictate how you dress, how your hair and facial hair look, what beliefs you hold, and how you live your life.

“I came mainly because of economic reasons. At the time, the [President] Ashraf Ghani government was fighting the Taliban and it was mostly people who worked for the government who were paid enough and could have a decent living.”

But life in Iran is not any easier for Afghan refugees, whose numbers now exceed four million, according to government data, with about half a million refugees believed to have immigrated to the country since the Taliban took power last August.

For one, years of intense economic pressure have made life increasingly difficult for average Iranians, let alone millions of refugees, most of whom do not have residence permits or established homes and jobs.

“Back then I could save up some money and send it to my family in Afghanistan,” said Khetab, a 27-year-old unregistered refugee who arrived in Tehran in 2017.

“But now I can barely make enough to get by myself and it looks like it’s only going to get worse from here,” he told Al Jazeera.

At the time of Khetab’s arrival, Iran was one year away from being hit by harsh unilateral sanctions by the United States, imposed as part of a “maximum pressure” campaign after President Donald Trump withdrew from Iran’s nuclear deal with world powers in 2018.

The outbreak of coronavirus in Iran in 2020, which ended up having the deadliest statistics in the Middle East with more than 141,000 fatalities based on official figures, only exacerbated the situation.

But even as the overall economy has roughly stabilised, rampant inflation and runaway unemployment continue to squeeze the country’s population of roughly 85 million people.

The Iranian economy was jolted once more earlier this month, when President Ebrahim Raisi launched major economic reforms that in the short run have resulted in more inflation, with prices of staples like chicken and vegetable oil multiplying.

There have been reports of Afghan refugees being mistreated in Iran. Last month, several clips were published online which allegedly showed refugees being beaten by Iranian border guards.

One video allegedly shows several Iranian border guards beating Afghan refugees with sticks as they cower and try to protect their bodies with their hands in the middle of a small holding area.

The mistreatment of refugees, which was reported by Afghan media, triggered days of anti-Iran protests in Afghanistan. Kabul-based TOLO News reported that some Afghan refugees facing harassment returned home.

The Taliban spokesman, Zabihullah Mujahid, called on Iranian authorities to refrain from harming refugees and allow them to peacefully return to Afghanistan if they wish.

There was also concern about a rise in anti-refugee sentiment last month, which coincided with the holy Muslim month of Ramadan, when two Iranian scholars were killed and another was gravely injured in a knife attack by a refugee at a holy Shia shrine in Mashhad.

In a conciliatory message last month, the Iranian foreign ministry spokesman, Saeed Khatibzadeh, said Iranians and Afghan refugees have lived together for more than 40 years in peace and will continue to do so despite “efforts to sow discord”.

“Unfortunately, some are trying to create a wave of Iranophobia in Afghanistan and fear of Afghans in Iran. But the two nations of Iran and Afghanistan are very close,” he said.

However, Khatibzadeh warned that the Taliban need to accept more responsibility in managing refugees as “our resources are also limited”.

According to government data, there are now 780,000 documented Afghans in Iran – 586,000 are passport holders – and 2.6 million remain undocumented.

Last month, the Iranian government launched a new census, raising fears among refugees who fear deportation back to Afghanistan, which is in the midst of an unprecedented hunger crisis.

By signing up, the government has said, undocumented refugees will receive temporary stays of up to six months that can be extended.

But late last year, the International Organization for Migration (IOM) said Iran had started to deport thousands of refugees back to Afghanistan.

Regardless of their status, all Afghans are guaranteed free education in Iran and many of them are able to use the hidden subsidies the government allocates to control the prices of food, medicine and petrol.

But undocumented refugees are unable to engage in some activities, including opening bank accounts or purchasing homes or SIM cards for mobile phones.

They also do not have access to schemes like universal health insurance, which is one of the areas where UNHCR, the UN’s global refugee agency, comes in to help.

UNHCR in Iran sponsors about 120,000 refugees to enrol in the health insurance scheme, according to spokesperson Duniya Aslam Khan.

The agency also helps with education, advising refugees on their rights, and helping them with voluntary repatriation or resettlement in third countries.

“Iran’s policy is commendable. It has not only been generously hosting Afghan refugees but has also had one of the most inclusive policies because it allows refugees access to some legal services,” she told Al Jazeera, adding that the UNHCR has not seen a major shift in government policy as a result of the Taliban takeover.

Iran and Pakistan are still the two biggest hosts of Afghan refugees worldwide.

She said the census initiative, which was supposed to end on June 7 but has been renewed for two more weeks, is a positive development that allows both Iran and the UNHCR to develop a better understanding of refugees and their needs.

The war in Ukraine has grabbed international attention, but the UNHCR hopes that refugees like Afghans in Iran are not forgotten.

“Even if the focus of the cameras turns away, the suffering of these people remains there. We really want the world not to forget about the Afghan situation,” Aslam Khan said, calling for more international support and burden-sharing.

She was recently in the camp for Afghan refugees in Torbat Jam, located in the northeastern Khorasan Razavi province.

About 2,000 refugees were already living there, and more than 1,000 more have taken shelter there since the Taliban takeover.

Still, only about 6 percent of Afghans in Iran live in camps, according to the UNHCR, with the overwhelming majority living among the Iranian population.

“Unfortunately, it’s true that we don’t see a dramatic improvement happening in Afghanistan so more Afghans can return. So, realistically speaking, the situation is not going to change anytime soon,” Aslam Khan said.