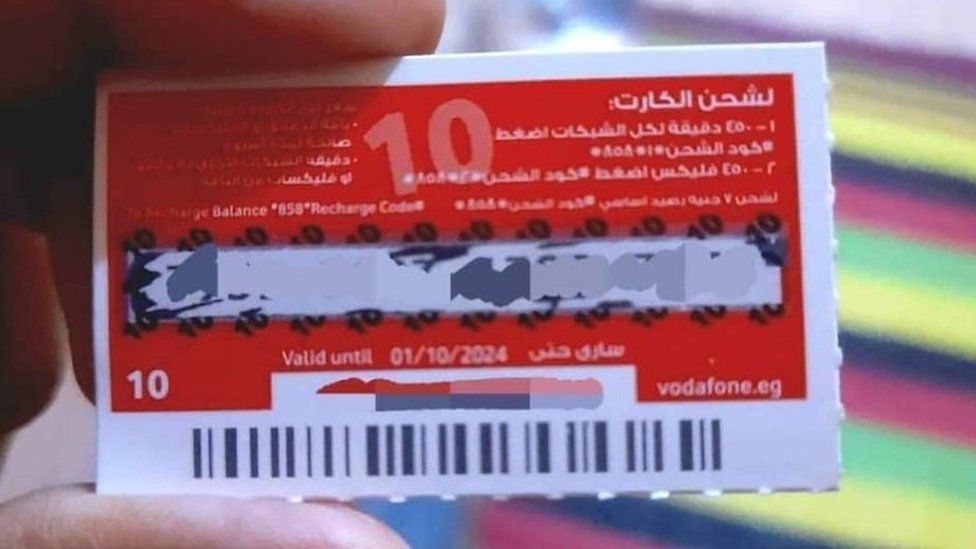 An online fundraising campaign for a little-known charity in Egypt hit the jackpot thanks to a young donor who asked for anonymity.

The donation frenzy started hours before the end of the Islamic holy month of Ramadan on Sunday, as millions of Muslims around the world prepared for the festival of Eid al-Fitr.

"I want to donate to the premature babies you take care of, but I don't have money. I only have an unused top-up card and I want to donate it," said a text message sent by a woman to the Mersal Foundation, which has become a lifeline for thousands of Egyptians unable to pay for medical care.

The woman said she could send the code for the card, which held 10 Egyptian pounds ($0.54; £0.43) of credit from the mobile phone network Vodafone Egypt, and that whoever wanted it could have it in return for making a payment to the charity.

Heba Rashed, the founder and CEO of the charity, immediately announced an online auction for the top-up card, urging corporations to contribute to the fundraising campaign. 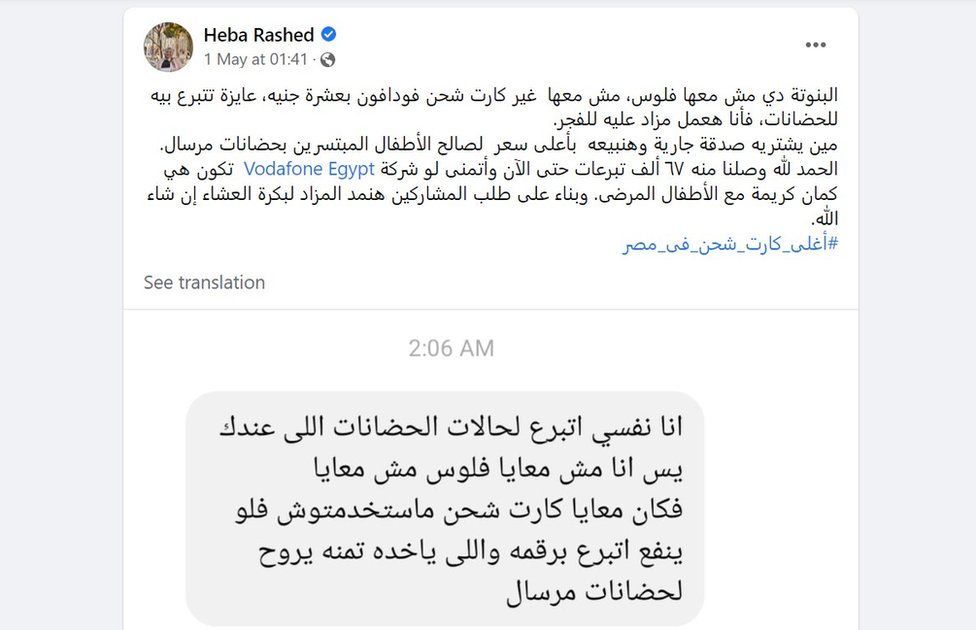 Donations began trickling in and the campaign sparked national interest on social media, trending under the hashtag "The_Most_Expensive_Top-up_Card_In_Egypt".

Anxious about her charity's ability to handle waiting lists, Ms Rashed had posted a few days before that she was frustrated with the difficulty to attract donations and pay for the health services it provides to thousands of patients. Unlike many other charities in Egypt, the Mersal Foundation only uses social media to promote its work and does not pay for commercials.

The fundraising campaign went viral after Vodafone Egypt promised to match the total donations made by the end of the day.

"I was extremely happy to see the donations hit Mersal's account. I wanted the young woman to feel happy regardless of how much she donated," Ms Rashed told the BBC.

"I expected the auction to yield a few thousand pounds, but the result was astonishing."

Ms Rashed plans to use the money to purchase 17 more incubators for premature babies and open new units across the country, where the infant mortality rate was 17 per 1,000 live births in 2020. Last year, the Mersal Foundation paid for 962 babies to spend a total of 10,130 nights in incubators, with each night costing the charity $140.

The Mersal Foundation has four offices in the capital, Cairo, and one in the northern city of Alexandria, and employs about 200 people. During the coronavirus pandemic it has played a crucial role in treating patients unable to find intensive care beds at government hospitals.

The charity contracts private hospitals to treat to poor patients, and Ms Rashed's Facebook page is filled with online appeals for donations.

Millions of Egyptians are living under tough economic conditions and struggle to get adequate healthcare because they cannot afford private hospital fees.

Despite the success of Ms Rashed's fundraising campaign, it seems that the Mersal Foundation's online appeal has upset the Egyptian authorities. They have banned fundraising on social media without "prior approval" from the official bodies concerned.

There has been a crackdown on non-governmental organisations (NGOs) in Egypt in recent years.

NGO workers have been accused of having links with the banned Muslim Brotherhood movement or tarnishing the country's reputation abroad. Some of those convicted have been imprisoned, while others have had their assets confiscated or been handed travel bans.

The authorities say they fear online fundraising could be exploited by terrorist groups.